All facets of stellar evolution, from star formation to advanced stages of stellar evolution will be impacted by the higher sensitivity and fidelity of the new spectral observations. The analysis of spectral lines leads to the determination of physical parameters of stars and their environments, including the determination of densities, effective temperatures, chemical composition, velocity flows, magnetic fields and excitation mechanisms. IR and sub-mm observations, in particular, are needed for accurate quantitative analysis of:

An optimistic outlook on IR astronomy is justified by several developments coming together at this point in time, which will effectively turn IR spectroscopy into a new tool that is considerably more potent than the sum of its parts.

One goal is to help all parties involved develop an integrated approach to applying IR and sub-mm spectroscopy to the study of stellar evolution. This symposium will engage the laboratory data producers and users in fruitful discussions that will lead to setting priorities for laboratory investigations and calculations for basic data in atomic, molecular and solid state physics that are necessary to perform reliable quantitative analyses of the new astronomical spectra. Such interaction will make it possible to realize the full potential of these new instruments.

It is now an ideal time to bring together researchers representing all of these disciplines and to take a synoptic view of the current and future capabilities and needs of IR and submm spectroscopy and the exciting science done with it. 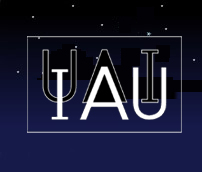