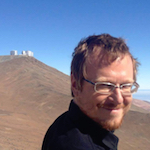 New technologies are enabling instruments with powerful capabilities, which in turn allow us to study how galaxies form and evolve with unprecedented detail. One of such instruments is the revolutionary MUSE Integral-Field Spectrograph on the Very Large Telescope. To study the dynamics, ages and chemical properties of stars in nearby galaxies, we are taking an extensive set of MUSE data as part of the TIMER project (https://www.muse-timer.org/) and the Fornax 3D survey (http://www.na.astro.it/Fornax3D/Fornax3D/Welcome.html). Importantly, we are thus covering wide ranges in galaxy mass, structure and environment.

More specifically, we will aim at using all information in the spectra to decompose galaxies into their stellar structures that can be separated by both their distinct stellar kinematics and distinct stellar population content. The figure shows for example NGC 1433, one of the TIMER galaxies, which exhibits a rich variety of structural components formed by stars with different age distributions and dynamics.

The student will thus have access to state-of-the-art data and benefit immensely from interactions with members of the TIMER and Fornax 3D collaborations.