Message from the Director General 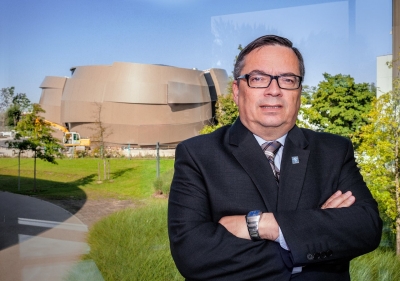 Another unusual year has passed, although with a very positive balance for ESO and its community. Despite all difficulties associated with the pandemic, a lot was achieved. The observatories remained open for most or all of the year, with a focus on maximising the delivery of scientific data. Work on the ELT continued at a very good pace, new instruments are at various stages of development, CTA is taking shape, and a variety of scientific activities keep the link between ESO and its community as strong as ever. The special effort that we are all making through these difficult times is warmly appreciated by ESO’s governing bodies, whose unfailing support is a clear tribute to the impact that the ESO community has on worldwide astronomical research.

The La Silla Paranal observatory remained open all year. For the best part of 2021 all telescopes and modes remained operational, although we had to temporarily reduce the staff complement at the observatories for safety reasons. Around 70 to 80% of the observations in a normal year were delivered, and whenever choices had to be made, they followed the priorities set by the Observing Programmes Committee. For the first time, a regular call for proposals (P107) had to be cancelled to cope with the carryover from P105. Still some programmes selected through the Special Call could be allocated.   Thanks to the projects and infrastructure developed during the last years, designated Visitor Mode (dVM) could be regularly used both in Paranal and in La Silla enabling astronomers to join the ESO colleagues in real time during their observing runs. Just to be clear, we would like to see colleagues from the community in Paranal again for Visitor Mode observing runs, but dVM offers now further flexibility.

The commissioning of CRIRES+ on the VLT, using the Garching Remote Access Facility with the support from the few colleagues available in Paranal, was initially envisaged as an experiment and it turned to be a big success, with CRIRES+ now offered to the community. The same happened to IRLOS+, now in regular operation. Thanks to the improvement of the pandemic conditions in Chile, during the last months of 2021 some long overdue technical interventions (including mirror coatings) could be performed. In the last weeks, colleagues from ESO and the ERIS consortium could travel to Paranal to prepare the installation of the instrument in the VLT. The installation is foreseen to start soon in 2022, provided no further restrictions are necessary. In fact, the LPO is now only one step away from full operations. It was personally heart-warming to see colleagues both in La Silla and Paranal during the last weeks, close to normal times, but carefully respecting safety measures at the sites.

ALMA managed to restart observations in March following the Return to Operations plan. As with the La Silla Paranal Observatory, observations continued throughout the year in between basic to baseline mode, with a focus to start Cycle 8 in October. Cycle 7 data were delivered to close to 70%. Of very high importance for the ESO community is the plan to offer a dual time observing channel between ALMA and other facilities (including VLT/I, JWST and Jansky VLA) most likely as of Cycle 10. This will avoid double jeopardy in getting proposals approved in two observatories where competition is fierce. This channel will allow the ESO community to better exploit the broad range of facilities that ESO can offer in various bands of the electromagnetic spectrum.

As for the future, much progress with the construction of the ELT continued.  The Armazones construction site reopened in May, and it ramped up slowly due to the closure of Chilean borders until October. Armazones is now a very busy construction site, with work boiling all over the place, and lots of elements of the dome and auxiliary building arrived from European industry ready for installation. The ELT is about to get 3D with the erection of the walls on top of which the dome boogies (already waiting on site) will be placed. Manufacturing of other components in Europe has also progressed at full throttle, admittedly with lots of technical challenges. In June it was publicly announced that First Scientific Light (i.e., start of Science Verification with the telescope and one of the instruments) is now projected for late 2027. ESO’s ELT remains the biggest and most powerful of all the Extremely Large Telescopes, the only fully funded one, and the one that will most likely see the sky first. Lots opportunities ahead for our community.

CTA continued its preparatory activities, with a new configuration called Alpha now adopted. While it will be not as powerful as the baseline configuration, it will still deliver a very powerful high-energy gamma-ray observatory meeting almost all the scientific requirements.

Community engagement activities continued during 2021, with gems like the Hypatia Colloquia (to be continued in 2022), cosmic duologues, virtual conferences and workshops. It was heart-warming to see former ESO fellows taking up important positions in institutes and Universities, while new highly-talented people came to join us.