ERIS, the Enhanced Resolution Imager and Spectrograph, is a 1-5 μm instrument for the Cassegrain focus of UT4 at the VLT, the telescope that will be equipped with the Adaptive Optics Facility (AOF).

ERIS, the Enhanced Resolution Imager and Spectrograph, is a 1-5 μm instrument for the Cassegrain focus of UT4 at the VLT. It will benefit from the Adaptive Optics Facility (AOF) using the deformable secondary mirror (DSM) and one of the laser guide stars (LGS). The ERIS instrument combines an
imager (NIX) and an integral-field spectrograph (SPIFFIER).

ERIS uses and depends on the AOF infrastructure to perform the AO correction. The ERIS concept maximizes the re-use of existing sub-systems and components. In particular, the AO correction is provided by the AOF Deformable Secondary Mirror (DSM) and the artificial Laser Guide Star (LGS) is generated by the 4LGSF system. The wavefront sensor camera detectors are identical to the ones used for GALACSI and GRAAL (the two GLAO systems of the AOF) and the Real-Time Computer (RTC) is a modified version of SPARTA. 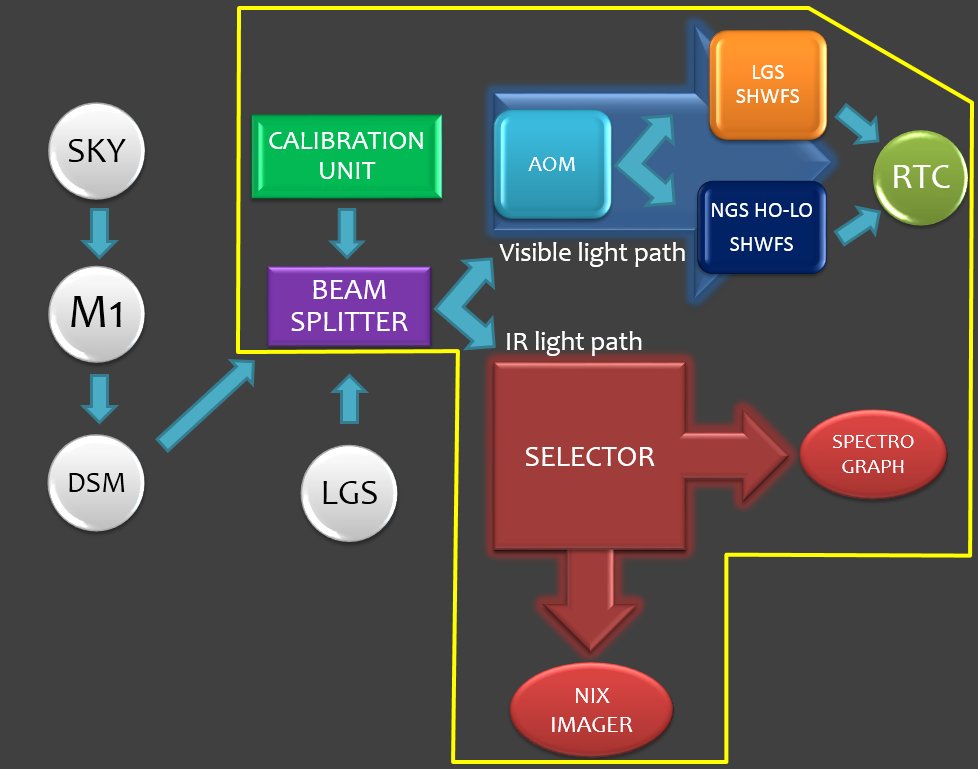 Figure 1: Chart showing the main components of the ERIS baseline design. The coloured boxes are for sub-systems belonging to ERIS, the white ones are external to the instrument.

The main scientific drivers for ERIS are drawn from experiments benefitting from near-diffraction (8m) limited imaging and spectroscopy in the near to mid IR. Naturally, the science programs span a wide range including:

ERIS will combine state-of-the-art near IR imaging and spectroscopy with an advanced SCAO system to deliver superb on-axis Strehl ratios. The increased sensitivity of the wave front sensors, together with powerful (20W) laser-driven AO, allow for the use of fainter TT-stars further away from the science target. This will greatly increase the number of potential targets accessible to this new instrument. ERIS is designed to replace several of the most important NaCo capabilities; most notably, the diffraction-limited imaging of the Galactic Centre.

Given that ERIS combines a general purpose near to mid IR camera and a versatile J-K-band integral field spectrograph with a powerful AO system, we expect that it will not only fulfill its main scientific objectives, but will also be used for a wide variety of other science cases with hopefully new and unexpected results.