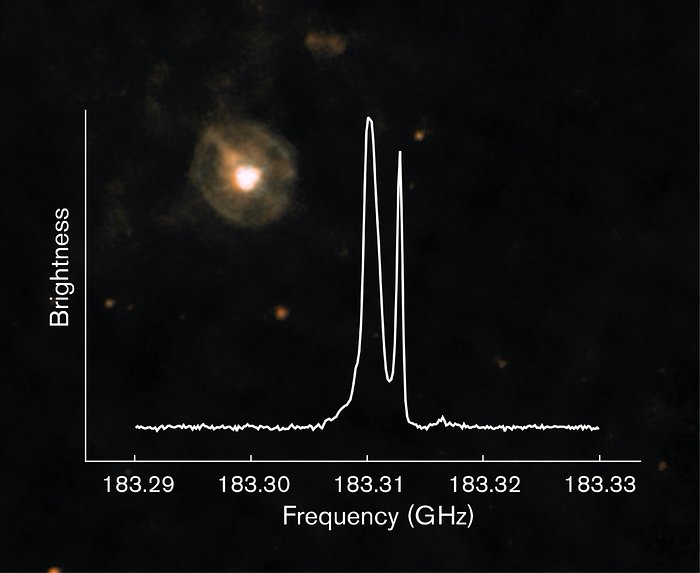 A new instrument attached to the 12-metre Atacama Pathfinder Experiment (APEX) telescope at 5000 metres above sea level in the Chilean Andes is opening up a previously unexplored window on the Universe. The Swedish–ESO PI receiver for APEX (SEPIA) will detect the faint signals from water and other molecules within the Milky Way, other nearby galaxies and the early Universe.

Some of the first data from SEPIA showed clear signatures of water close to the red giant star W Hydrae, around 300 light years from Earth. Here we see a combination of images taken by the PACS camera on ESA's Herschel Space Observatory. The graph shows SEPIA's detection of warm water vapour (around 0–250 degrees Celsius) in the dense stellar wind that surrounds W Hya. Scientists hope to use data like this to trace how old and dying stars return their material to the interstellar medium.