From the Residencia to the Milky Way 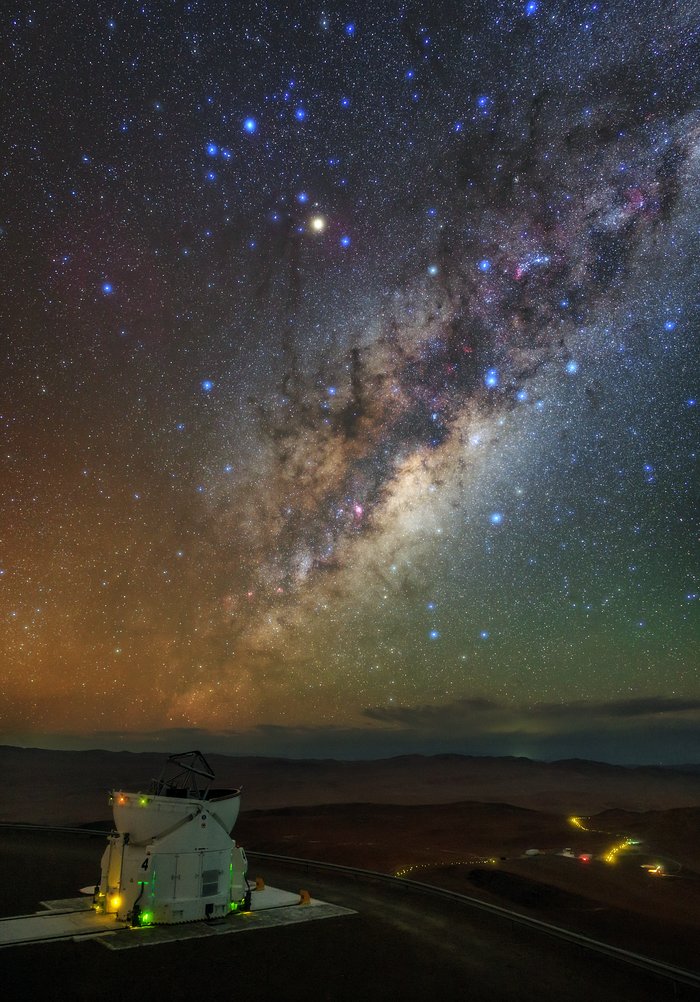 This image captures the route from the Residencia — the guesthouse for visitors to ESO's Paranal Observatory— to the breathtaking heart of the Milky Way, which covers the entire night sky.

The site shown here is Cerro Paranal, home to ESO's Very Large Telescope (VLT), a telescope comprising four 8.2-metre Unit Telescopes. The VLT can also act as an interferometer in the form of the appropriately-named VLT Interferometer, or VLTI, by gathering additional light from four smaller Auxiliary Telescopes, which can be independently moved around and placed in different configurations. One of these Auxiliary Telescopes is shown in this image, gazing at the sky with its dome wide open.

The road from the observatory to the Residencia appears as a shining thread, weaving amongst the rocky outcrops and hills of the desert environment. The yellow glow is caused by dim security lights — the street lighting is kept to a minimum in order to avoid unnecessary light pollution.