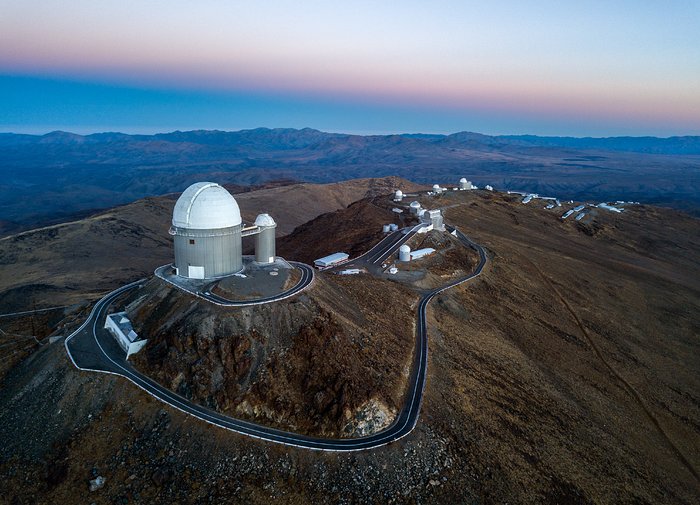 ESO's La Silla Observatory stretches out before your eyes in this image taken by ESO Photo Ambassador Gerhard Hüdepohl. This perspective looks down from a mountaintop in the Chilean Atacama Desert, capturing numerous telescopes and support buildings winding through the barren, remote landscape.

The telescope sitting proudly in the foreground is the ESO 3.6-metre telescope, with its curved white dome and grey base. A small bridge connects the telescope to a similarly white-domed, skinnier cylinder — the now-decommissioned ESO Coudé’ Auxiliary Telescope. In the distant background, a series of low, rectangular buildings can be seen sprawling across the mountainside; these include the site’s operations centre, dormitories, and a hotel.

As this image attests, no other signs of human civilisation exist for many kilometres around. Sitting at a challenging altitude of 2400 metres and on the outskirts of the driest desert on the planet, La Silla has little chance of becoming a hotbed of residential and commercial development. Instead, its splendid isolation makes La Silla one of the best places on Earth to conduct astronomy, with dark skies that are free of image-obscuring clouds most nights of the year.