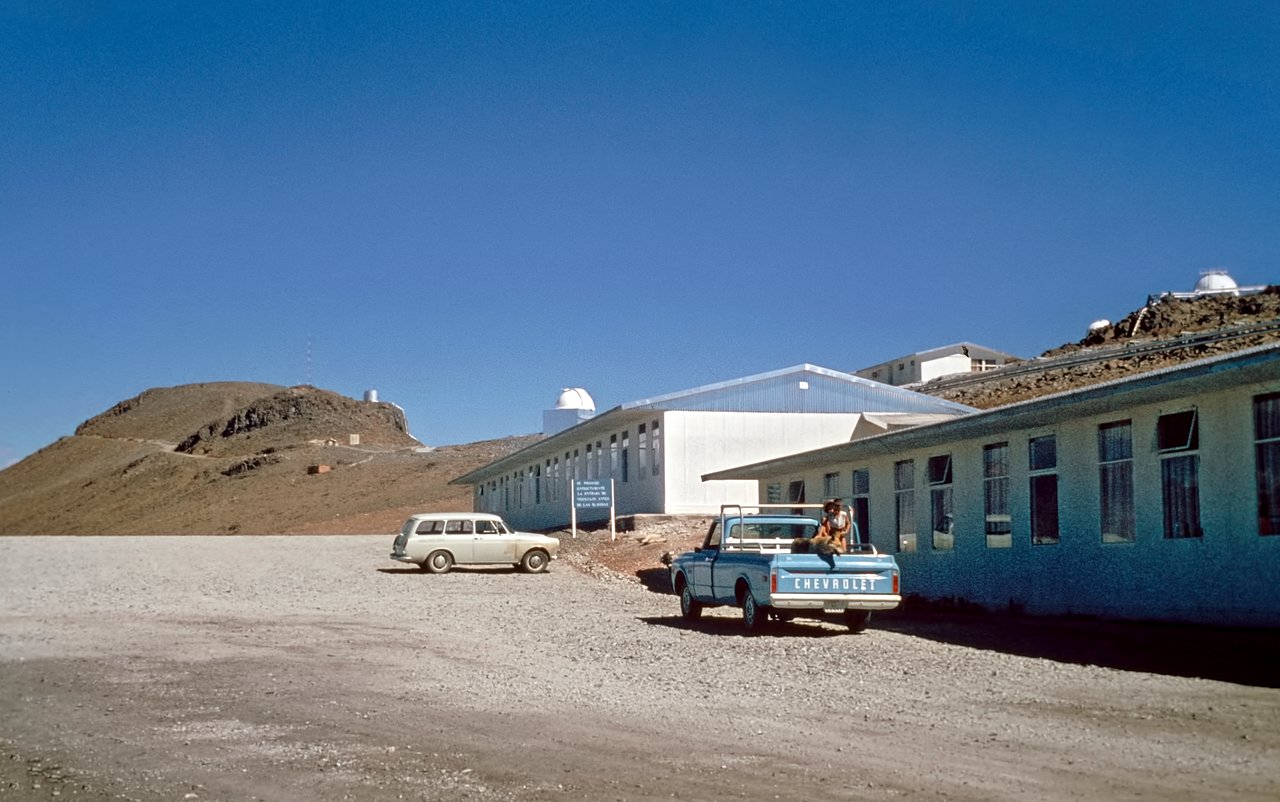 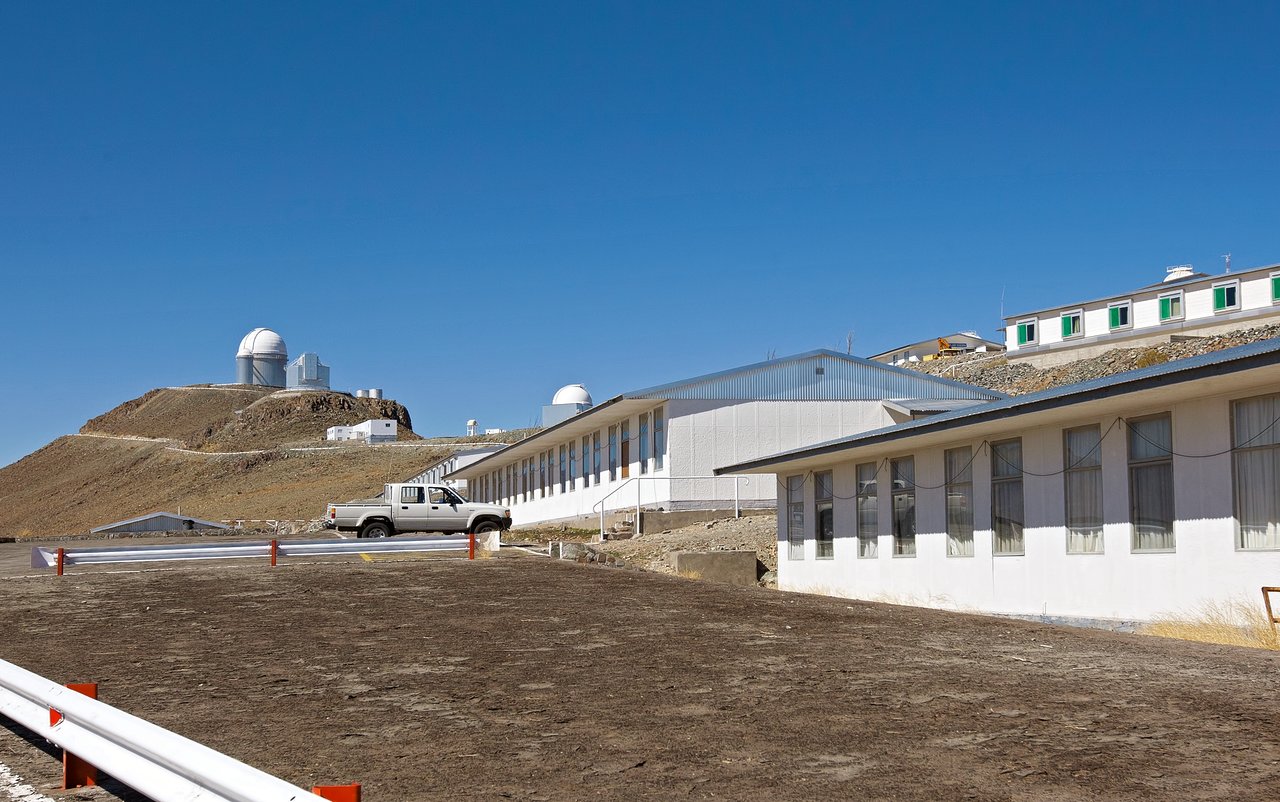 ESO turns fifty this year, and to celebrate this important anniversary, we are showing you glimpses into our history. Once a month during 2012, a special Then and Now comparison Picture of the Week shows how things have changed over the decades at the La Silla and Paranal Observatory sites, the ESO offices in Santiago de Chile, and the Headquarters in Garching bei München, Germany.

This historical image was taken around 1970 from the La Silla dormitories, located lower on the mountain than the telescope domes. The photo looks up towards the highest point of the mountain, on the left. The metallic structure visible near the top of this peak is not a telescope, but a water tank for the site. The white dome in the centre of the image is that of the ESO 1-metre Schmidt telescope, which started work in February 1972. On the far right of the image is the ESO 1-metre telescope, just visible over the ridge, and to the left of that one can just see the top of the Grand Prisme Objectif telescope.

In the present-day photograph, the dormitory buildings remain, but more have been built over the decades. The most striking changes, though, are visible around La Silla’s peak on the left. At the highest point is the ESO 3.6-metre telescope, which started operating in November 1976 and is still in use today. The 3.6-metre is home to HARPS, the foremost exoplanet hunter (see eso1134 and eso1214 for some recent results). The 3.6-metre, planned from the inception of ESO, was to crown the La Silla Observatory as its biggest telescope, and was a major engineering feat of its time. The smaller dome visible in front of the 3.6-metre is the 1.4-metre Coudé Auxiliary Telescope, which complemented its bigger neighbour.

To the right of the 3.6-metre is the 3.58-metre New Technology Telescope (NTT), recognisable by the angular, metallic appearance of its enclosure. The NTT, which started operating in March 1989, was the first telescope in the world to use a computer-controlled mirror. It was used as a precursor for the Very Large Telescope, to test many new technologies that were then used in the later telescope.

Other new sights in the modern-day photograph are the workshop building below the water tanks, and the Differential Image Motion Monitor (DIMM), used to measure the atmospheric seeing, located on stilts between the workshop and the ESO 1-metre Schmidt telescope.

Even today, La Silla remains a very active observatory where important discoveries are made. Both the NTT and the 3.6-metre telescope provided vital data which led to the discovery of the accelerating expansion of the Universe — a discovery for which the 2011 Nobel Prize in Physics was awarded.