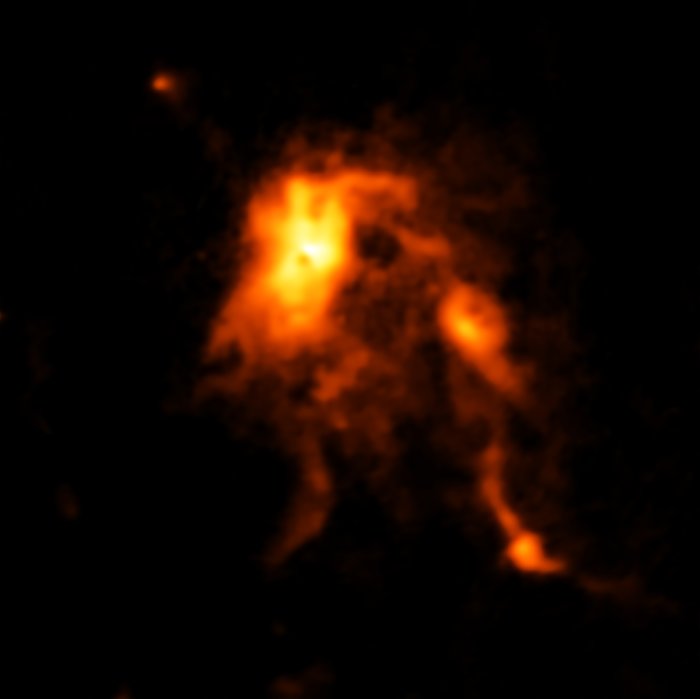 This image, taken by the Atacama Large Millimeter/submillimeter Array (ALMA) in Chile, shows glowing dust inside the protocluster NGC 6334I. Studying this star-forming cloud in the Cat’s Paw Nebula (NGC 6334) with both ALMA and the Submillimeter Array (SMA) in Hawaii astronomers could see that something dramatic had taken place, completely changing a stellar nursery over a surprisingly short period of time.

It is known that young stars form inside protoclusters when pockets of gas become so dense that they begin to collapse under their own gravity. Over time, discs of dust and gas form around these nascent stars and funnel material onto their surfaces helping them grow.

However, this new image from ALMA shows a massive protostar, nestled deep within this dust-filled stellar nursery, that is undergoing an intense growth spurt, most likely triggered by an avalanche of gas falling onto its surface. This new material feeding it is causing the protostar to shine nearly 100 times brighter than before.The discovery of this outburst supports the theory that young stars can undergo intense growth spurts that reshape their surroundings.