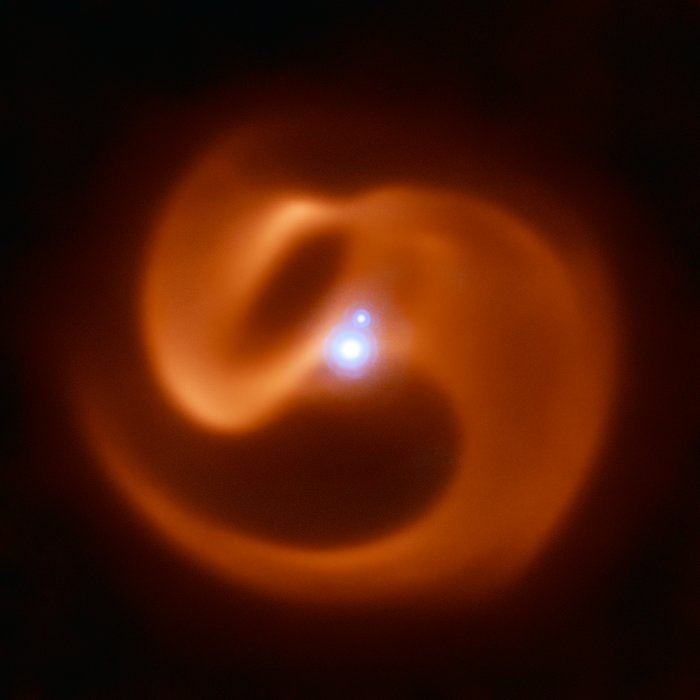 The VISIR instrument on ESO’s VLT captured this stunning image of a newly-discovered massive binary star system. Nicknamed Apep after an ancient Egyptian deity, it could be the first gamma-ray burst progenitor to be found in our galaxy.

Apep’s stellar winds have created the dust cloud surrounding the system, which consists of a binary star with a fainter companion. With 2 Wolf-Rayet stars orbiting each other in the binary, the serpentine swirls surrounding Apep are formed by the collision of two sets of powerful stellar winds, which create the spectacular dust plumes seen in the image.

The reddish pinwheel in this image is data from the VISIR instrument on ESO’s Very Large Telescope (VLT), and shows the spectacular plumes of dust surrounding Apep. The blue sources at the centre of the image are a triple star system — which consists of a binary star system and a companion single star bound together by gravity. Though only two star-like objects are visible in the image, the lower source is in fact an unresolved binary Wolf-Rayet star. The triple star system was captured by the NACOadaptive optics instrument on the VLT.