A red giant sheds its skin 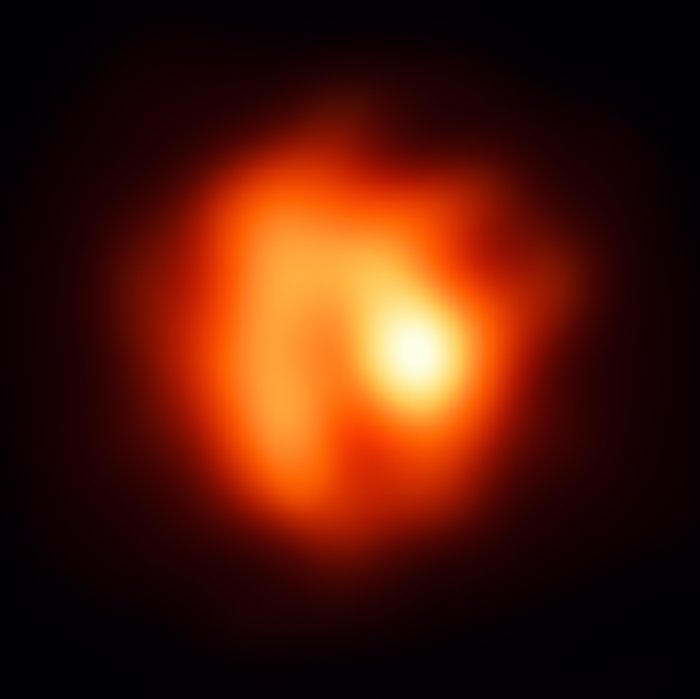 This ghostly image features a distant and pulsating red giant star known as R Sculptoris. Situated 1200 light-years away in the constellation of Sculptor, R Sculptoris is something known as a carbon-rich asymptotic giant branch (AGB) star, meaning that it is nearing the end of its life. At this stage, low- and intermediate-mass stars cool off, create extended atmospheres, and lose a lot of their mass — they are on their way to becoming spectacular planetary nebulae.

While the basics of this mass-loss process are understood, astronomers are still investigating how it begins near the surface of the star. The amount of mass lost by a star actually has huge implications for its stellar evolution, altering its future, and leading to different types of planetary nebulae. As AGB stars end their lives as planetary nebulae, they produce a vast range of elements — including 50% of elements heavier than iron — which are then released into the Universe and used to make new stars, planets, moons, and eventually the building blocks of life.

One particularly intriguing feature of R Sculptoris is its dominant bright spot, which looks to be two or three times brighter than the other regions. The astronomers that captured this wonderful image, using ESO’s Very Large Telescope Interferometer (VLTI), have concluded that R Sculptoris is surrounded by giant “clumps” of stellar dust that are peeling away from the shedding star. This bright spot is, in fact, a region around the star with little to no dust, allowing us to look deeper into the stellar surface.

This image captures an extremely small section of the sky: approximately 20x20 milliarcseconds. For comparison, Jupiter has an angular size of approximately 40 arcseconds.