The HII region LHA 120-N 180B in the constellation Mensa 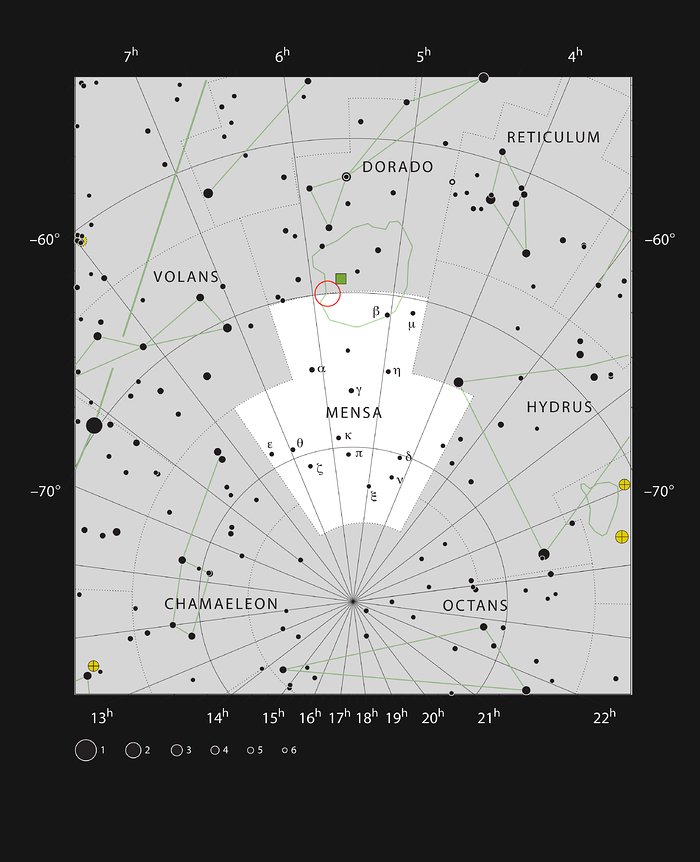 This chart shows the location of the HII region LHA 120-N 180B in the constellation of Mensa (The Table Mountain). Mensa is the only constellation named after a geographical feature on Earth — it was named after Table Mountain in South Africa’s Cape of Good Hope by by French astronomer Nicolas-Louis de Lacaille. This map includes most of the stars visible to the unaided eye under good conditions, and the region of sky shown in this image is indicated.