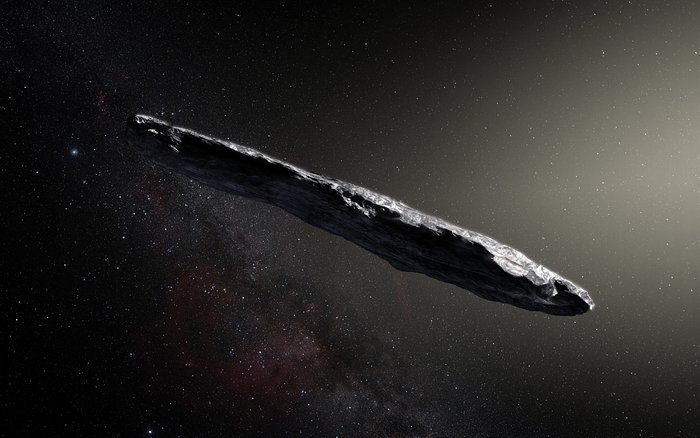 This artist’s impression shows the first interstellar asteroid: `Oumuamua. This unique object was discovered on 19 October 2017 by the Pan-STARRS 1 telescope in Hawai`i. Subsequent observations from ESO’s Very Large Telescope in Chile and other observatories around the world show that it was travelling through space for millions of years before its chance encounter with our star system. `Oumuamua seems to be a dark red highly-elongated metallic or rocky object, about 400 metres long, and is unlike anything normally found in the Solar System.