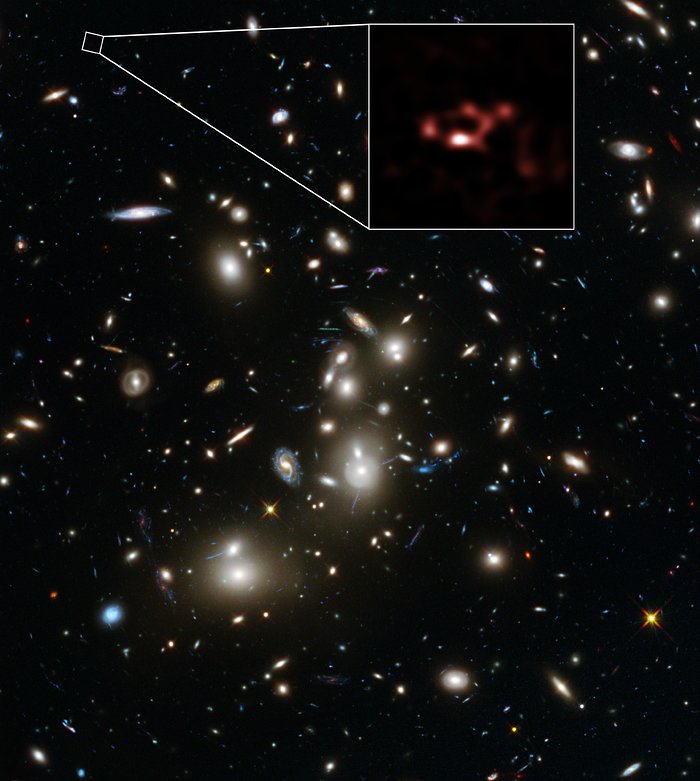 This image is dominated by a spectacular view of the rich galaxy cluster Abell 2744 from the NASA/ESA Hubble Space Telescope. But, far beyond this cluster, and seen when the Universe was only about 600 million years old, is a very faint galaxy called A2744_YD4. New observations of this galaxy with ALMA, shown in red, have demonstrated that it is rich in dust.