The Milky Way and Alpha and Beta Centauri behind the ESO 3.6-metre telescope at La Silla 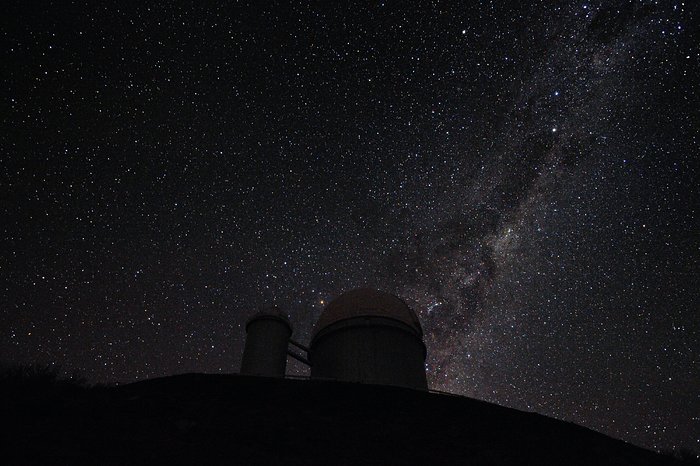 This photograph shows the brilliant southern Milky Way behind the dome of the ESO 3.6-metre telescope at La Silla in Chile. The two bright stars in the Milky Way towards the upper right are Alpha and Beta Centauri, with Alpha being the lower of the two. The 3.6-metre telescope hosts the HARPS spectrograph, which was used to detect an Earth-mass planet orbiting Alpha Centauri B.