An international team led by astronomers in Brazil has used ESO’s Very Large Telescope to identify and study the oldest solar twin known to date. Located 250 light-years from Earth, the star HIP 102152 is more like the Sun than any other solar twin — except that it is nearly four billion years older. This older, but almost identical, twin gives us an unprecedented chance to see how the Sun will look when it ages. The new observations also provide an important first clear link between a star’s age and its lithium content, and in addition suggest that HIP 102152 may be host to rocky terrestrial planets.

Astronomers have only been observing the Sun with telescopes for 400 years — a tiny fraction of the Sun’s age of 4.6 billion years. It is very hard to study the history and future evolution of our star, but we can do this by hunting for rare stars that are almost exactly like our own, but at different stages of their lives. Now astronomers have identified a star that is essentially an identical twin to our Sun, but 4 billion years older — almost like seeing a real version of the twin paradox in action [1].

Jorge Melendez (Universidade de São Paulo, Brazil), the leader of the team and co-author of the new paper explains: “For decades, astronomers have been searching for solar twins in order to know our own life-giving Sun better. But very few have been found since the first one was discovered in 1997. We have now obtained superb-quality spectra from the VLT and can scrutinise solar twins with extreme precision, to answer the question of whether the Sun is special.”

The team studied two solar twins [2] — one that was thought to be younger than the Sun (18 Scorpii) and one that was expected to be older (HIP 102152). They used the UVES spectrograph on the Very Large Telescope (VLT) at ESO's Paranal Observatory to split up the light into its component colours so that the chemical composition and other properties of these stars could be studied in great detail.

They found that HIP 102152 in the constellation of Capricornus (The Sea Goat) is the oldest solar twin known to date. It is estimated to be 8.2 billion years old, compared to 4.6 billion years for our own Sun. On the other hand 18 Scorpii was confirmed to be younger than the Sun — about 2.9 billion years old.

Studying the ancient solar twin HIP 102152 allows scientists to predict what may happen to our own Sun when it reaches that age, and they have already made one significant discovery. “One issue we wanted to address is whether or not the Sun is typical in composition,” says Melendez. “Most importantly, why does it have such a strangely low lithium content?”

Lithium, the third element in the periodic table, was created in the Big Bang along with hydrogen and helium. Astronomers have pondered for years over why some stars appear to have less lithium than others. With the new observations of HIP 102152, astronomers have taken a big step towards solving this mystery by pinning down a strong correlation between a Sun-like star’s age and its lithium content.Our own Sun now has just 1% of the lithium content that was present in the material from which it formed. Examinations of younger solar twins have hinted that these younger siblings contain significantly larger amounts of lithium, but up to now scientists could not prove a clear correlation between age and lithium content [3].

TalaWanda Monroe (Universidade de São Paulo), the lead author on the new paper, concludes: “We have found that HIP 102152 has very low levels of lithium. This demonstrates clearly for the first time that older solar twins do indeed have less lithium than our own Sun or younger solar twins. We can now be certain that stars somehow destroy their lithium as they age, and that the Sun's lithium content appears to be normal for its age.” [4]

A final twist in the story is that HIP 102152 has an unusual chemical composition pattern that is subtly different to most other solar twins, but similar to the Sun. They both show a deficiency of the elements that are abundant in meteorites and on Earth. This is a strong hint that HIP 102152 may host terrestrial rocky planets [5].

[1] Many people have heard of the twin paradox: one identical twin takes a space journey and comes back to Earth younger than their sibling. Although there is no time travelling involved here, we see two distinctly different ages for these two very similar stars — snapshots of the Sun’s life at different stages.

[2] Solar twins, solar analogues and solar-type stars are categories of stars according to their similarity to our own Sun. Solar twins are the most similar to our Sun, as they have very similar masses, temperatures, and chemical abundances. Solar twins are rare but the other classes, where the similarity is less precise, are much more common.

[3] Previous studies have indicated that a star’s lithium content could also be affected if it hosts giant planets (eso0942, eso0118, Nature paper), although these results have been debated (ann1046).

[4] It is still unclear exactly how lithium is destroyed within the stars, although several processes have been proposed to transport lithium from the surface of a star into its deeper layers, where it is then destroyed.

[5] If a star contains less of the elements that we commonly find in rocky bodies, this indicates that it is likely to host rocky terrestrial planets because such planets lock up these elements as they form from a large disc surrounding the star. The suggestion that HIP 102152 may host such planets is further reinforced by the radial velocity monitoring of this star with ESO's HARPS spectrograph, which indicates that inside the star’s habitable zone there are no giant planets. This would allow the existence of potential Earth-like planets around HIP 102152; in systems with giant planets existing close in to their star, the chances of finding terrestrial planets are much less as these small rocky bodies are disturbed and disrupted.

This research was presented in a paper to appear in “High precision abundances of the old solar twin HIP 102152: insights on Li depletion from the oldest Sun”, by TalaWanda Monroe et al. in the Astrophysical Journal Letters. 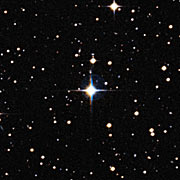 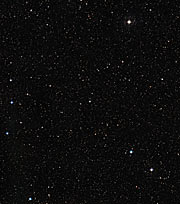 PR Image eso1337d
The evolution of a solar twin 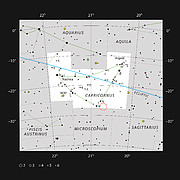 PR Video eso1337a
The life cycle of a Sun-like star

PR Video eso1337b
Zooming in on the oldest solar twin HIP 102152
Send us your comments!
Subscribe to receive news from ESO in your language
Accelerated by CDN77
Terms & Conditions