Hubble image of the region around SDP.81 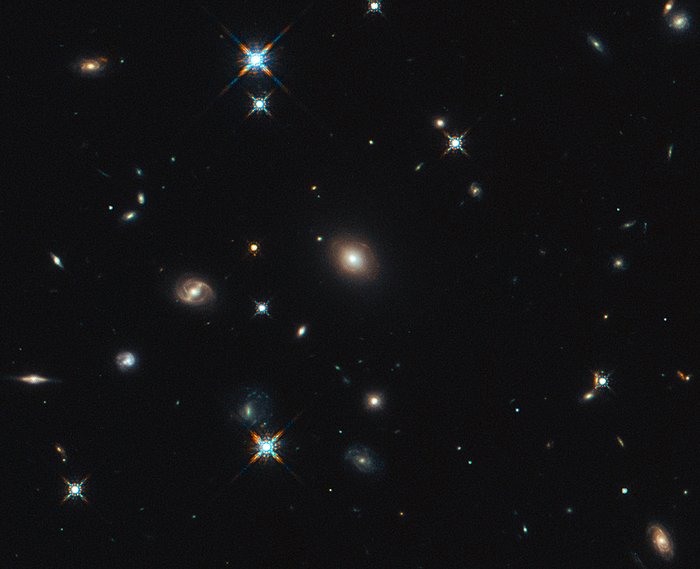 ALMA’s Long Baseline Campaign has produced a spectacularly detailed image of a distant galaxy being gravitationally lensed, revealing star-forming regions — something that has never seen before at this level of detail in a galaxy so remote. The new observations are far more detailed than any previously made of such a distant galaxy, including those made using the NASA/ESA Hubble Space Telescope, and reveal clumps of star formation in the galaxy equivalent to giant versions of the Orion Nebula.

The image shows the foreground lensing galaxy (observed with Hubble), and the gravitationally lensed galaxy SDP.81, which forms an almost perfect Einstein Ring, is hardly visible.