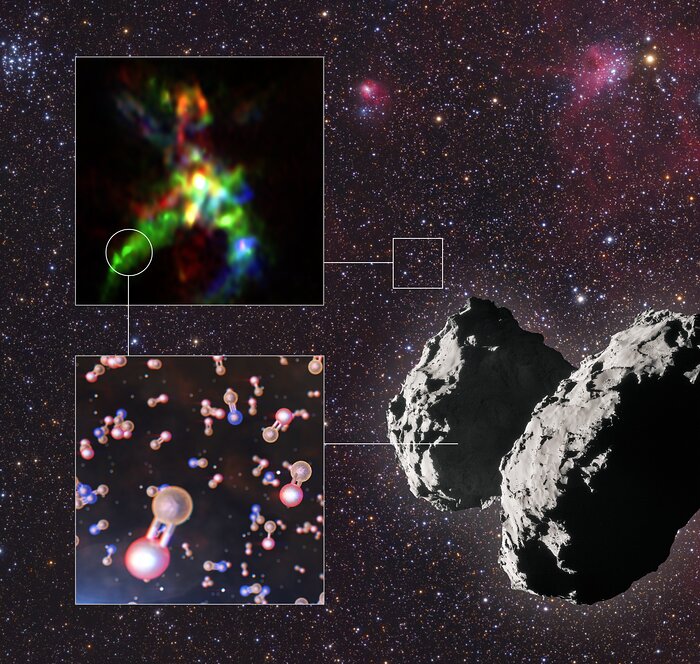 This infographic shows the key results from a study that has revealed the interstellar thread of phosphorus, one of life’s building blocks.

Using data from the ROSINA instrument onboard ESA’s Rosetta, astronomers also found phosphorus monoxide on comet 67P/Churyumov–Gerasimenko, shown on the bottom right. This first sighting of phosphorus monoxide on a comet helps astronomers draw a connection between star-forming regions, where the molecule is created, all the way to Earth, where it played a crucial role in starting life.