ALMA observes a ring around the bright star Fomalhaut 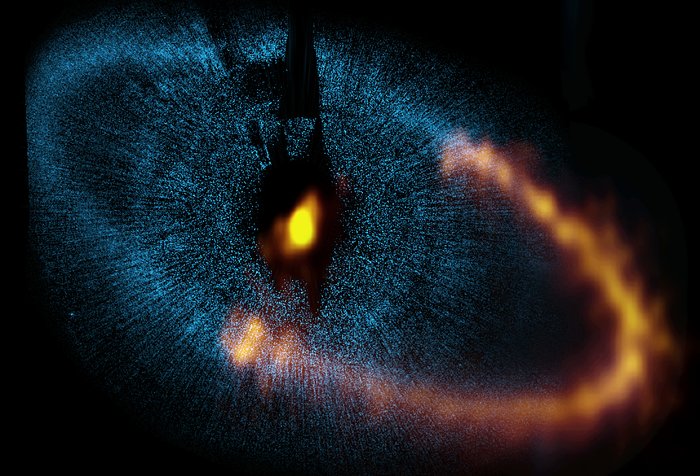 This view shows a new picture of the dust ring around the bright star Fomalhaut from the Atacama Large Millimeter/submillimeter Array (ALMA). The underlying blue picture shows an earlier picture obtained by the NASA/ESA Hubble Space Telescope. The new ALMA image has given astronomers a major breakthrough in understanding a nearby planetary system and provided valuable clues about how such systems form and evolve. Note that ALMA has so far only observed a part of the ring.