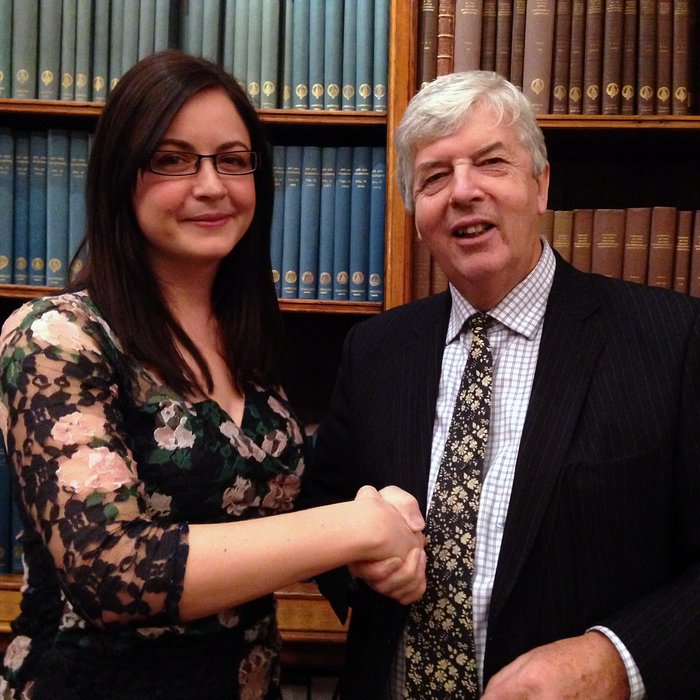 Andrew Taylor (right), Executive Director of the National Laboratories at STFC congratulates the winner of the European Astronomy Journalism Prize 2014. Louise Mayor (left) won a trip to the Atacama Large Millimeter/submillimeter Array (ALMA) — a state-of-the-art telescope to study light from some of the coldest objects in the Universe — in northern Chile. The winning article explores the quest to detect gravitational waves using a new technique involving studying pulsars with radio telescopes. Find out more here.