Ghostly galaxies above the VLT 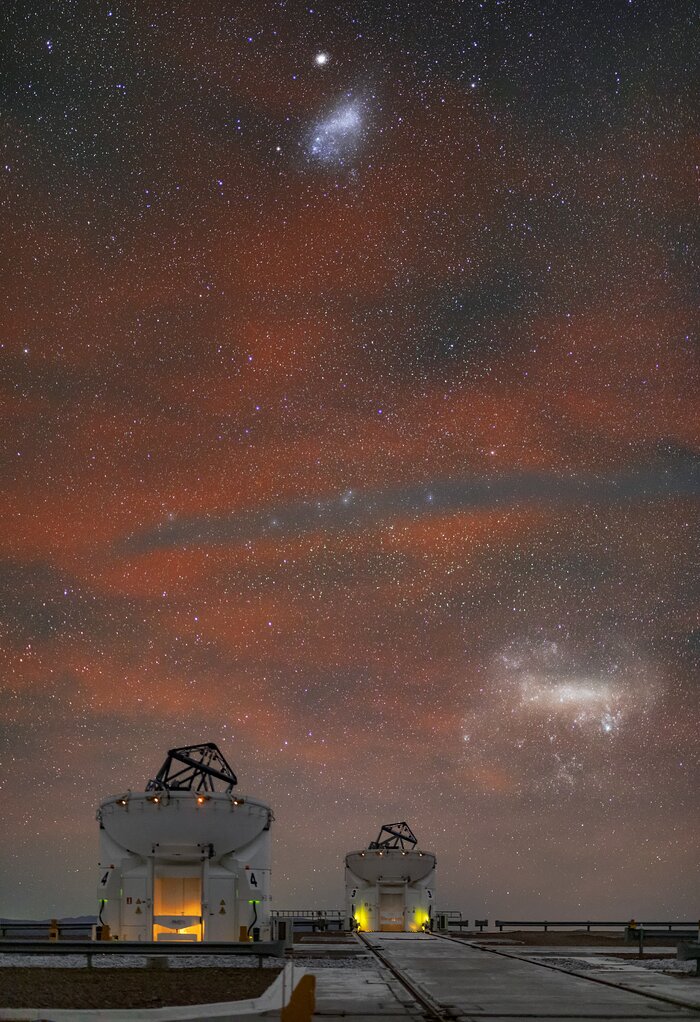 Floating in the sky above two of ESO’s Very Large Telescope (VLT) Auxiliary Telescopes are a pair of ethereal shapes. These are the Large and Small Magellanic Clouds — two of the 50 or so satellite galaxies that orbit our more massive Milky Way.

The faint red emission in the sky is called airglow, and it's light naturally emitted by atoms and molecules high up in the atmosphere, oxygen in this case.

These ghostly galaxies can only be seen in the southern hemisphere, in skies that are unpolluted by light from cities. This is one of the reasons that ESO operates the VLT in the remote Chilean Atacama Desert — so that we can study such beguiling objects as the Magellanic Clouds.