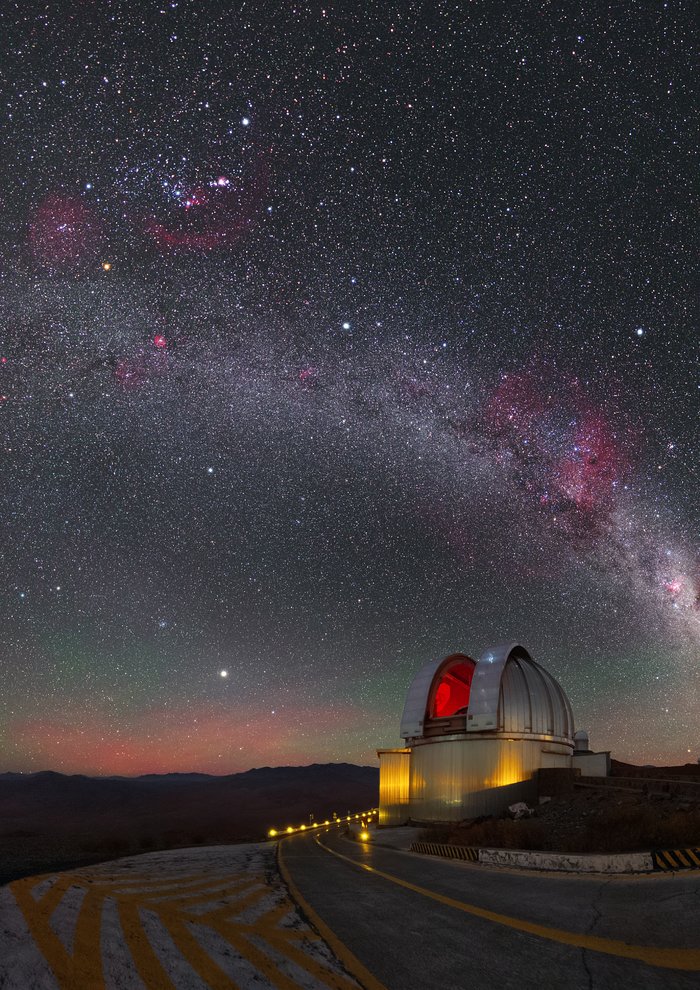 This spectacular shot from ESO’s La Silla Observatory in Chile was captured by by ESO Photo Ambassador Yuri Beletsky, and reveals all manner of astronomical treats!

The central plane of our galaxy stretches, slightly curved, across the frame, peppered with bright patches of gas and dark, weaving dust lanes. Although initially a little hard to see against the intricate cosmic backdrop, the constellation of Orion (The Hunter) can be seen to the top left of the frame.

Multiple pink clouds, produced by the faint glow of ionised hydrogen gas, appear to extend beyond the band of the Milky Way, indicating the presence of hot, young new stars. One of these areas is Barnard's Loop, which encircles the famous Orion Nebula and can be seen curving around Orion’s Belt.

The MPG/ESO 2.2-metre telescope sits beneath the colourful night sky, where it is currently involved in research chasing the aftermath of some of the most energetic explosions in the Universe — gamma-ray bursts. The telescope is also used to image the nearby cosmos with the attached Wide Field Imager (WFI).