It’s smiles all round @ #MeetESO! 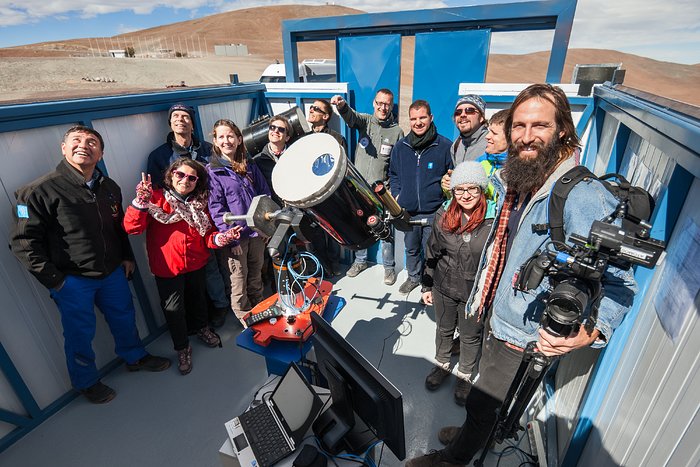 On 16 March the names of the eight participants of #MeetESO — ESO’s first social media gathering — were announced, one month after the campaign’s launch. On 7 May 2016, the participants winged their way to Chile for a five-day visit to some of the most exciting astronomical facilities in the world: the Very Large Telescope (VLT) — the world's most advanced visible-light astronomical observatory — and the Atacama Large Millimeter/submillimeter Array (ALMA), the largest ground-based astronomical project in existence.

As shown by their big smiles, the #MeetESO travellers fully enjoyed the packed itinerary, from engaging with ESO and ALMA staff during their night-time observations at one of the best locations on Earth, to staying at ESO’s Residencia, which acts as a hotel for working astronomers (but may be more familiar to many as the building that was “blown up” in the James Bond movie Quantum of Solace).

The climax of the Chilean trip was the opportunity to gather daytime observations of the transit of Mercury under the guidance of some of the best astronomers in the world. This group photo was taken to mark the occasion; it was snapped at ESO’s Paranal Observatory on 9 May 2016 during the Mercury transit.

For more information about the trip, be sure to follow the hashtag #MeetESO, and to check out the dedicated webpage.