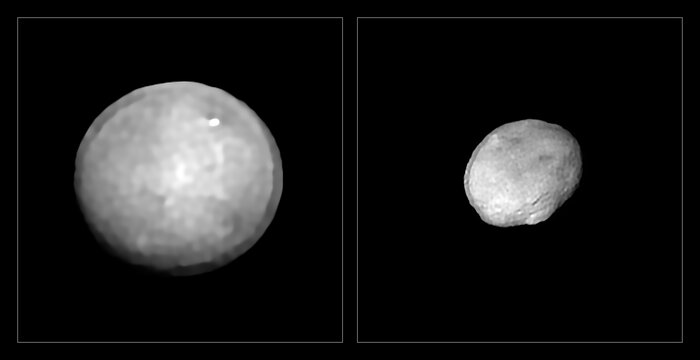 These images have been captured with the Spectro-Polarimetric High-contrast Exoplanet REsearch (SPHERE) instrument on ESO’s Very Large Telescope as part of a programme that surveyed 42 of the largest asteroids in our Solar System. They show Ceres and Vesta, the two largest objects in the asteroid belt between Mars and Jupiter, approximately 940 and 520 kilometres in diameter. These two asteroids are also the two most massive in the sample.