Detection of nickel in the atmosphere of interstellar comet 2I/Borisov 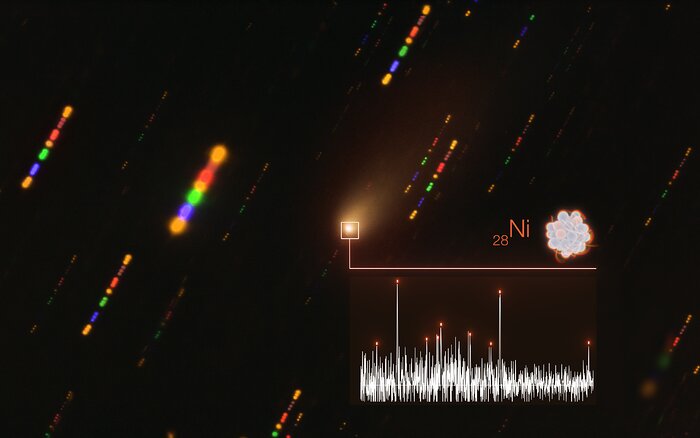 The detection of nickel (Ni) in the fuzzy atmosphere of the interstellar comet 2I/Borisov is illustrated in this image, which shows the spectrum of light of the comet on the bottom right superimposed to a real image of the comet taken with ESO’s Very Large Telescope (VLT) in late 2019. The lines of nickel are indicated by orange dashes.

The spectrum was obtained with the X-shooter instrument on the Unit Telescope 2 (UT2, Kueyen) on ESO’s VLT, which separates incoming beams of light into their constituent wavelengths (equivalent to colours). With the ability to acquire data from near-infrared to the ultraviolet wavelengths simultaneously, X-shooter is one of the most versatile optical instruments in use.