The Rosy Glow of a Cosmic Seagull 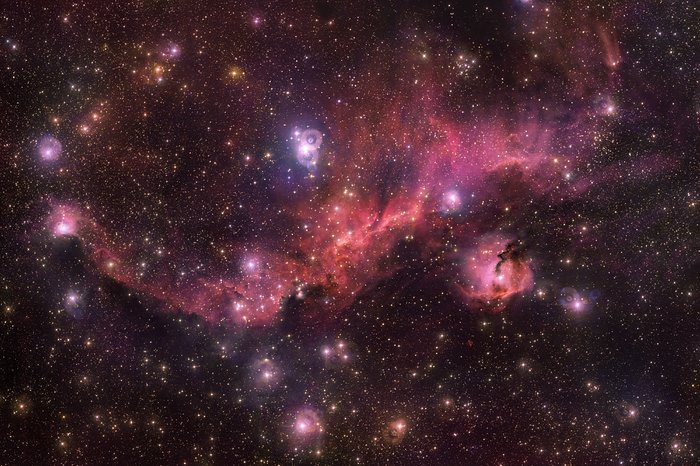 Colourful and wispy Sharpless 2-296 forms the “wings” of an area of sky known as the Seagull Nebula — named for its resemblance to a gull in flight. This celestial bird contains a fascinating mix of intriguing astronomical objects. Glowing clouds weave amid dark dust lanes and bright stars. The Seagull Nebula — made up of dust, hydrogen, helium and traces of heavier elements — is the hot and energetic birthplace of new stars.