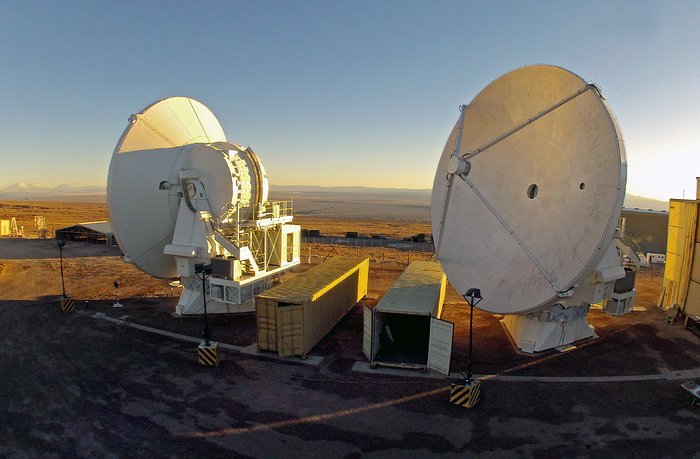 This picture shows the two final European antennas for the Atacama Large Millimeter/submillimeter Array (ALMA) project shortly before acceptance and handover of the last of ALMA’s 66 antennas in September 2013. The 12-metre-diameter dishes were manufactured by the European AEM Consortium.

The final antenna appears on the right and the penultimate, number 24, on the left. This picture was taken from a hexacoptor (see ann13064 and ann13067 for more photographs and video) using a camera weighing just 200 grams.