Map of the Large Magellanic Cloud 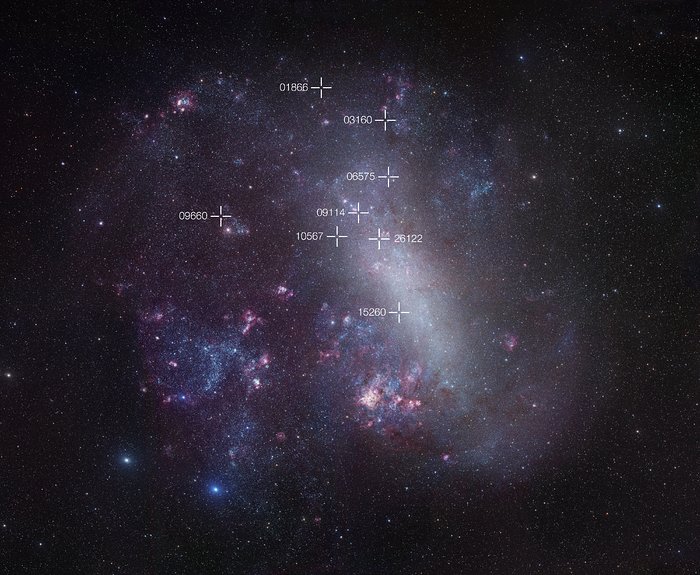 This photograph shows the Large Magellanic Cloud, a neighbouring galaxy to the Milky Way. The positions of eight faint and rare cool eclipsing binary stars are marked with crosses (these objects are too faint to appear directly in this picture). By studying how their light changes, and other properties of these systems, astronomers can measure the distances to eclipsing binaries very accurately. A long series of observations of these objects has now led to the most accurate determination so far of the distance to the Large Magellanic Cloud — a crucial step in the determination of distances across the Universe.