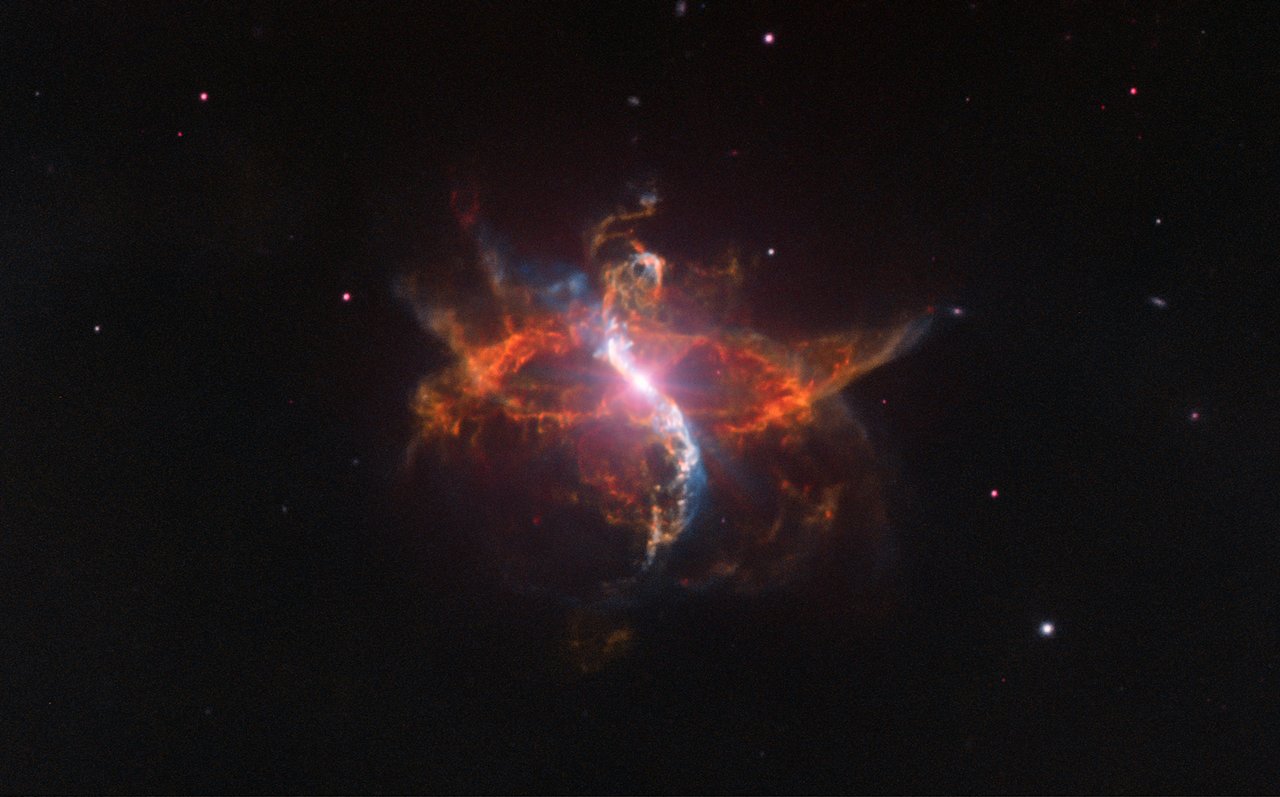 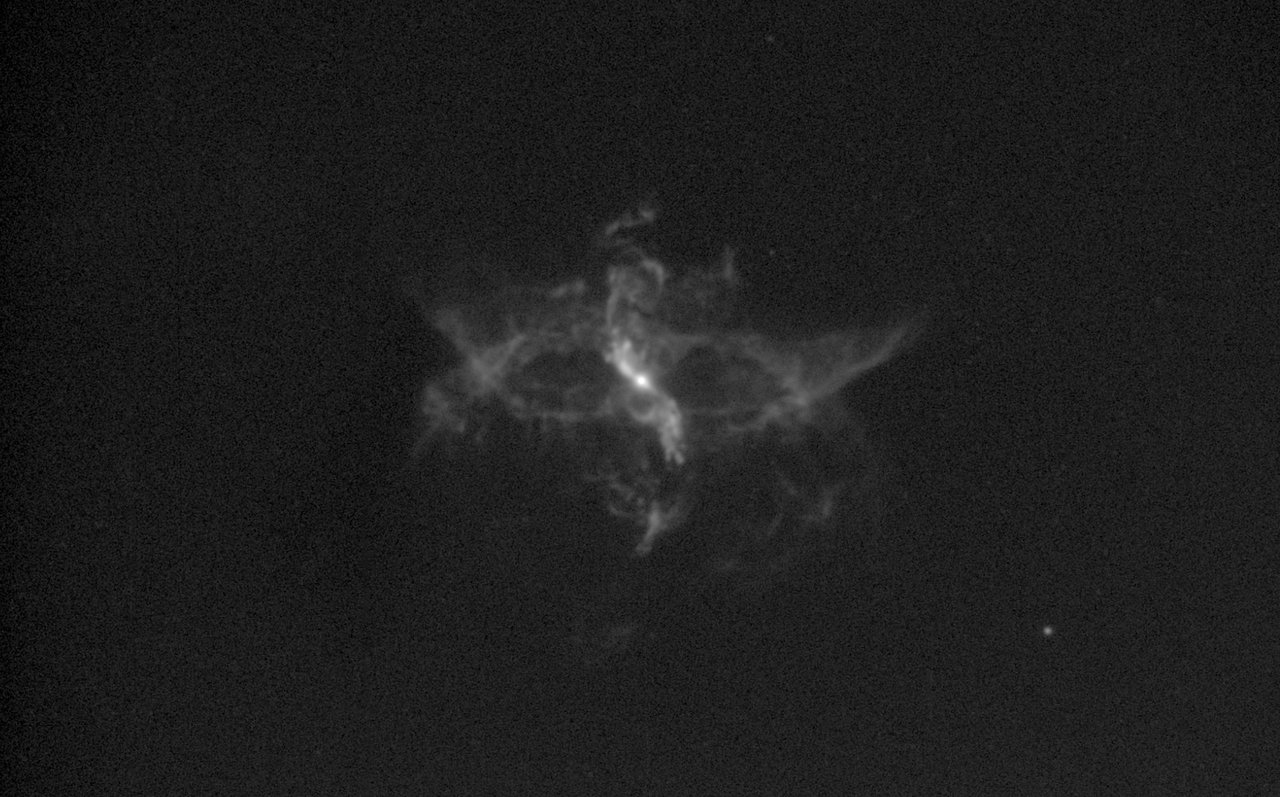 The R Aquarii system is a symbiotic binary star surrounded by a large, dynamic nebula. Such binaries contain two stars in an unequal and complex relationship — a white dwarf and a red giant. In a disquieting act of stellar cannibalism, the white dwarf is stripping matter from its larger companion. The tormented red giant and the unstable white dwarf occasionally eject matter in weird spurts, loops and trails — forming the curious shapes seen in these images.

In this unusual comparison image — a rare case of dynamic evolution captured with ground-based telescopes — we see the difference 15 years can make. It may be the mere blink of an eye on a cosmic timescale, but it provides us with a wonderful opportunity to observe a truly dynamic system as it changes shape in our skies.

These images show the evolution not only of R Aquarii, but also of our observational capabilities. The earlier view was captured by the Nordic Optical Telescope on the island of La Palma, Spain — a 2.5-metre telescope. The image from 2012, on the other hand, was captured by ESO’s 8-metre Very Large Telescope (VLT), and reveals far more intricate details of this fascinating symbiotic star.

This comparison image is the first instalment in ESO’s R Aquarii Week, during which we will explore this intriguing object and its evolution. We will reveal the dramatic and ever-changing nature of R Aquarii, showing how it has evolved and expanded over years of observations.

The two images making up this comparison have also been made into a beautiful time-lapse video, which you can see here.

PR Image potw1850b
R Aquarii as seen in 1997
Send us your comments!
Subscribe to receive news from ESO in your language
Accelerated by CDN77
Terms & Conditions