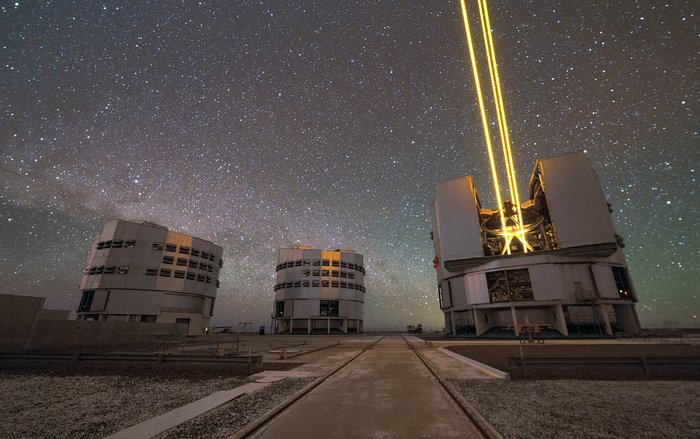 This photo taken by ESO Photo Ambassador Petr Horálek shows three of ESO's unit telescopes that make up the Very Large Telescope. Unit telescope 4 is showing off its laser guide star system that is used to correct for the effects of the Earth's atmosphere. Each beam creates a glowing spot — an artificial star — in the Earth’s atmosphere by exciting a layer of sodium atoms at an altitude of 90 km. These Laser Guide Stars (LGS) is part of the VLT’s adaptive optics system. The light coming back from the artificial star is used as a reference to control the deformable mirrors and remove the effects of atmospheric distortions, producing astronomical images almost as sharp as if the telescope were in space.