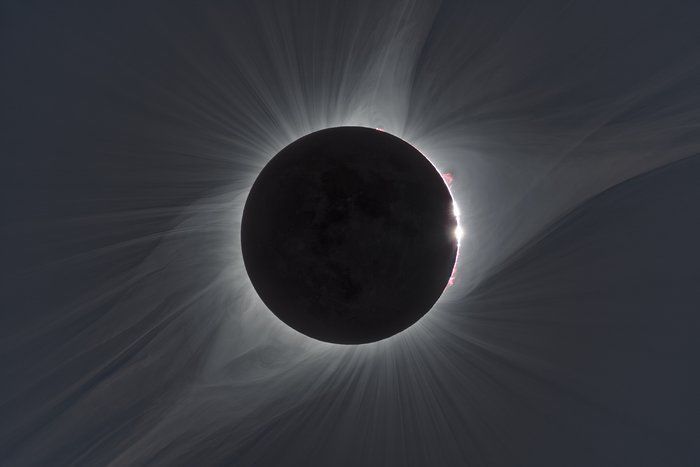 This image combines many exposures of different durations taken to reveal aspects of the widely-viewed total solar eclipse of 21 August 2017, which was visible from the United States. In the centre the faint circle of the Moon can be seen, with its surface features dimly illuminated in light reflected from the Earth. Around the edge red prominences can be seen and further out the white glow of the corona is sculpted by the Sun's magnetic field.