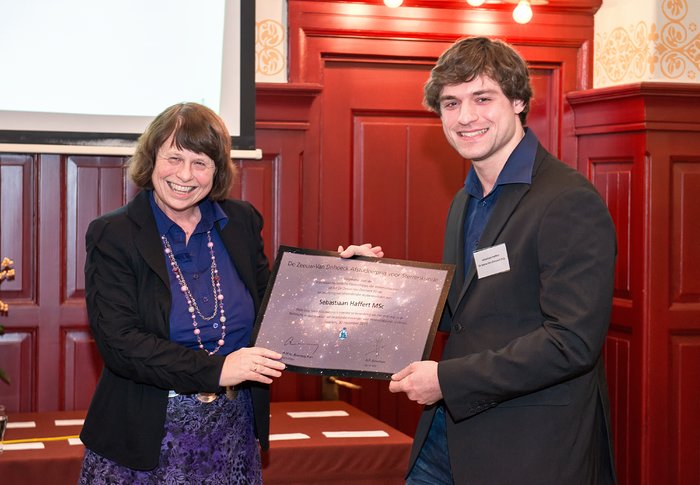 The De Zeeuw–Van Dishoeck Graduation Prize for Astronomy, established to encourage young talent in astronomy in the Netherlands, has been awarded to Sebastiaan Haffert (right) of the University of Leiden. The award was presented by Ewine van Dishoeck (left) at a ceremony in Haarlem on 30 November 2015. This is the second time that the annual prize has been awarded.