Behind the scenes at ESO: Showing you the road to the stars
What you’ll discover in this blog post:
During the last week of 2017, high school students from across the world gathered in the Italian Alps to learn about the Universe. As participants of the ESO Winter Astronomy Camp, the 56 young astronomy enthusiasts attended lectures, took part in hands-on activities, and happily spent the long winter nights at the observatory. We talked to Anna Wolter, an Italian astronomer who helps run the camp, to find out more about this vibrant international community of students and astronomers.

Q: Tell us about the history of the camp. How is ESO involved?

A: The idea of the ESO Astronomy Camp had been brewing for a while, but the first edition was launched in 2013 with the collaboration of Sterrenlab, a company that aims to communicate science to youngsters. The overwhelming success prompted everyone to propose it again, and in December 2017 we held the fifth edition.

ESO's role in the camp is to manage the scientific program and to provide lecturers and supporting materials. Every year, we choose a main driving astronomical theme to highlight ESO’s discoveries. One year we investigated the “Visible and Invisible Universe”, exploring the first discoveries with ALMA, while another year we focused on the Solar System and the discoveries of new exoplanets — is there life out there? ESO’s outreach department also aids in selecting the best candidates from the long list of applicants.

We’ve been running for enough years to see a wide variety of weather conditions in the Alps: in the first two years the mountains were full of snow and the sky was always blue, then for a couple of years the mountains were barren, cold and brown, and the snow visited us only on the day of departure. This year the weather was the most uncooperative. Clouds, and wind and fresh snow — but young students are not deterred by anything!

Green lasers are very effective to illustrate the night sky. Everyone is looking up, even in the freezing cold!
Credit: Phil Cigan

Q: Where does the camp take place?

A: The camp is based at the Astronomical Observatory of the Autonomous Region of the Valle d'Aosta (OAVdA) in Italy. This is near the picturesque village of Saint-Barthélemy in natural scenery of unspoiled alpine beauty. Valle d'Aosta is the smallest region of Italy, but very interesting: all peaks and valleys. Although it is mainly Italian-speaking, it is a multicultural region with some French and German dialects.

Thanks to the driving force and imagination of Enzo Bertolini, our former director who sadly passed away just a few months ago, an observational paradise was built: a dome with an 81-centimetre telescope, used to study near-Earth asteroids and active galaxies very far away, and two platforms — one for more formal scientific studies of variable stars and exoplanets, and one with seven small, motorised telescopes. These can be operated either together from one single console, or independently by each observer or group — perfect for the camp activities. The observatory is just a few minutes away from the 10-metre planetarium and the hostel where the students stay. 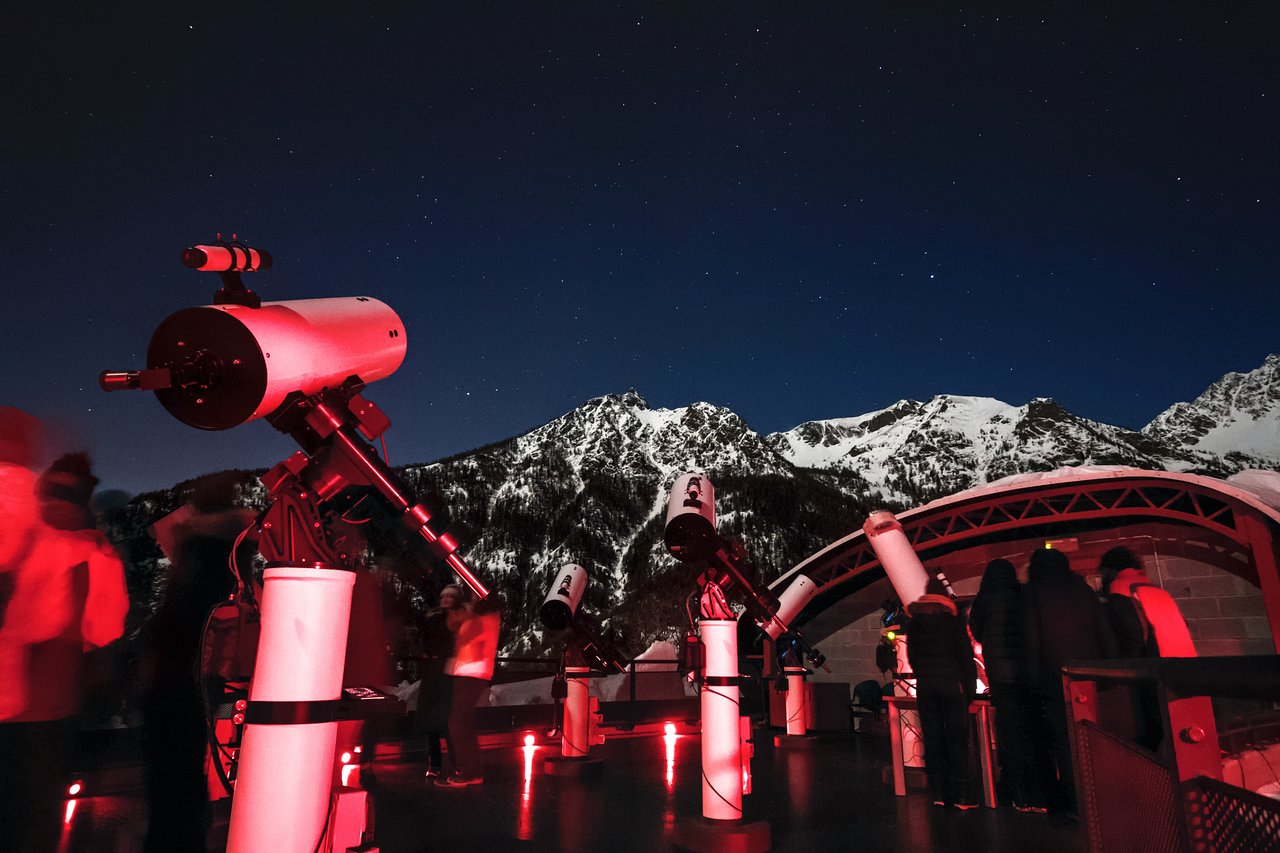 The terrace of the OAVdA telescope. The red light is used as to not disturb the students’ night vision.
Credit: Nikki Miller
The view of the mountains and the peacefulness of the woods are an ideal setting to explore the Universe we live in

Since the camp takes place during winter, it is cold and snows often. I have a fond memory of the first camp, when a young boy from Egypt — who had never seen snow before in his life — approached the white cover. Overall, the view of the mountains and the peacefulness of the woods are an ideal setting to explore the Universe we live in. Everyone stares in awe when they first arrive at the telescope for the first time!

Q: What is the camp’s goal?

A: The main goal is to offer a professional but enjoyable learning environment where students can have experiences that are rare in regular school life. For example, meeting scientists – and learning that they are “normal” people — and even being a scientist themselves for one night or two. Creating new relationships with people from all over the world is an appreciated bonus that teaches the value of cooperation across borders. Personally I hope the camp helps spark curiosity in the minds of all students, so they will look at the world with different eyes. 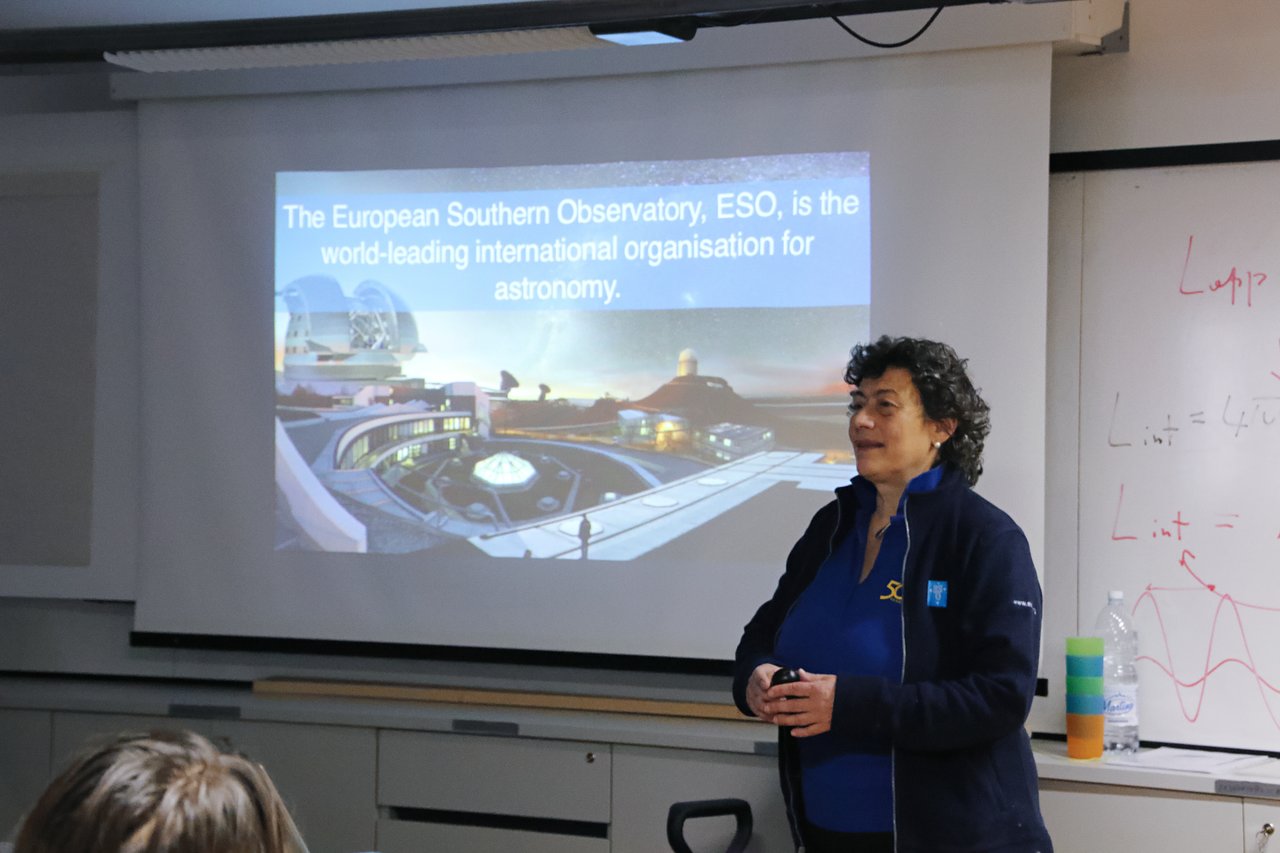 Q: What is your role in the camp?

A: I wear two different hats at the camp. On one hand, I’m a lecturer: I’ve always given a lesson at all the camps I have attended. I’m a researcher in High Energy Astrophysics, so of course I love when I can talk about my own science. I also had a lot of fun in one lesson when I challenged the students to produce either a picture, a song, or a poem that described their favourite celestial object — using at least two different wavelength bands of light (e.g. radio and visible, or infrared and X-rays). They have a lot of imagination and skills that we sometimes forget to stimulate.

On the other hand, I’m the Italian representative in the ESO Science Outreach Network (ESON) and represent ESO at the camp. I feel a sort of “national responsibility” that everything runs smoothly since the camp is located in Italy and therefore in a sense under my jurisdiction.

Q: What kinds of students attend the camp?

A: This is one of the nice aspects of the camp: the students are from more than 20 countries and they each bring their own experiences, their culture, their language — even if the common language at the camp is English — and sometimes even the special dishes (sweets!) of their countries. The students are all between 16 and 18, and mostly come from the ESO Member States and other ESON countries.

Astronomy is a common interest that unites them all, otherwise they would not choose to spend their Christmas vacation studying it! But otherwise they have such diverse interests and passions. Beside astronomers, many want to become engineers or chemists, while others don’t know yet what life will bring to them. It is nice to be a small part of the lives of these great young people.

Q: What astronomical activities did the students get the chance to take part in this year?

A: Due to the bad weather this year, we had limited opportunities to use a telescope, but all the students had a fair chance to be an observer, to learn how cold the night could be and how difficult it is to get the information you are looking for. Part of the observing night is also devoted to recognising the sky with the naked eye: a game to identify constellations and stars, to distinguish stars from planets, and perhaps to glimpse the glorious path of the International Space Station above their heads. This year, an early rise session allowed us to see also a line of planets: Mars, Jupiter and Mercury close to one another. What a precious sight!

This year the students explored the specific theme of “Distances in the Universe”. The students learned about the many different ways of measuring distances in astronomy, some of which they performed themselves. They learned how to measure distances with spectroscopic parallax and with colour indexes, and they applied the methods to real data — data they had taken themselves the night before! 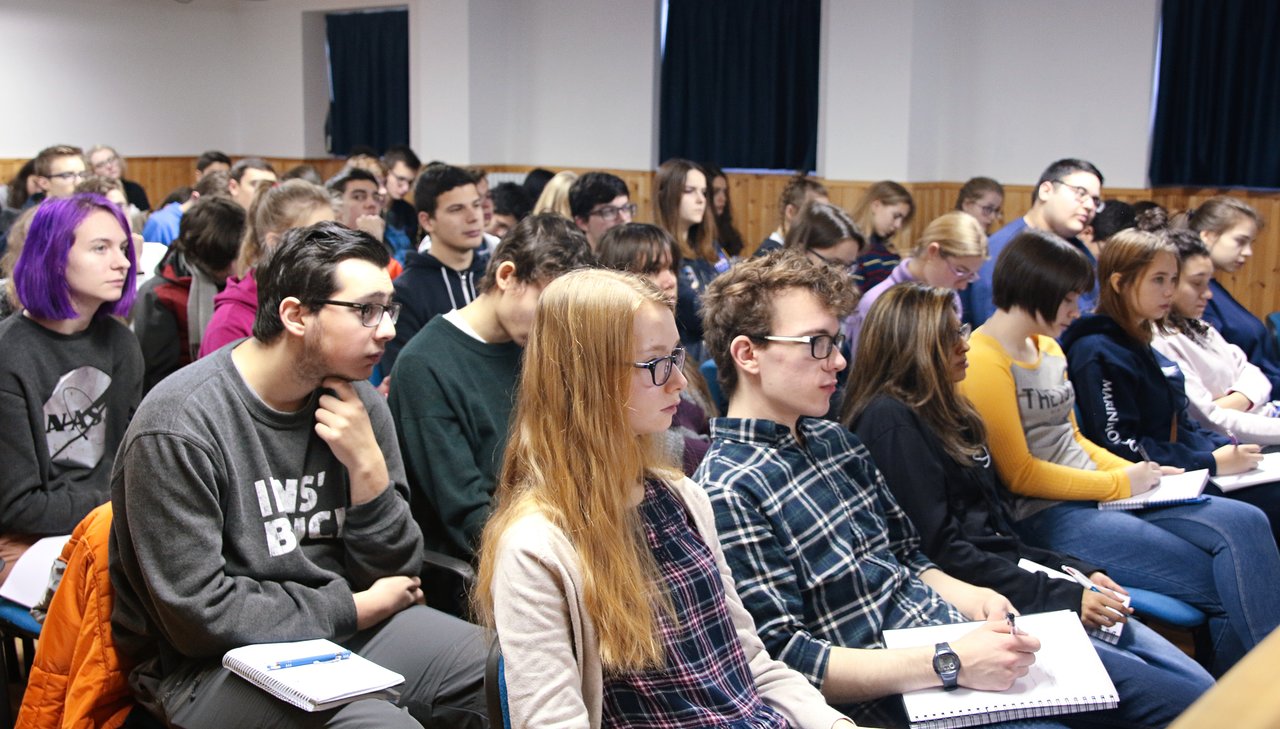 Students pay attention to one of the many lessons they received at the camp.
Credit: Nikki Miller

Q: What other fun things do the students get up to?

A: The multicultural tea in the afternoon is a great moment for students to share their own favourite sweets with everyone. One year we also had at least three ukuleles, so there were ukulele lessons during the evenings! But the nicest activities are the outdoor ones. If there is enough snow, the students love to go cross-country skiing, and if not, then the snow park is greatly appreciated. An excursion to Cervinia allows the students to take a stroll with a view of the iconic, almost magical mountain shared by three countries: the Cervino in Italian, Mont Cervin in French, or the Matterhorn in German.

Q: Was there anything special about this year's camp?

A: Two of the supervisors this year had a talent for taking photos of the night sky — they took the pictures in this blog post. We used some of the time that could not be spent outside due to the weather learning about the intricacies of astrophotography!

Q: How do you think students benefit from the camp?

A: Besides donning the hat of the scientist for the length of the camp, I believe the most beneficial thing is to create a small community. For instance, since the first year, we’ve had a Facebook group for all the students in the camp, in which older students can mentor the younger ones, they can all share their future successes, and they can keep in touch to meet up again later.

I am not so bold as to say that this is a life-changing event, but surely it will not be forgotten easily. The wonderful students have lived this adventure with joy and commitment, with awe and respect. I’m sure the camp experience will be always with them, whether they continue in the field of astronomy or take a different path. 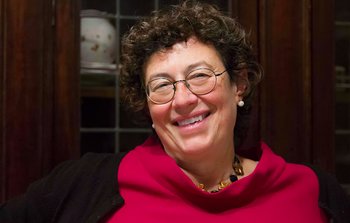 Anna Wolter completed her degree at the University of Milano in 1985, and worked at the Harvard-Smithsonian Center for Astrophysics in Cambridge, MA, from 1986–1990. Anna then became a researcher at INAF-Osservatorio Astronomico di Brera where she works on extragalactic astronomy in a multi-wavelength environment, with a preference for high energy data. She studies mostly compact sources, from AGN (Active Galactic Nuclei) to Ultraluminous X-ray sources. Over the past 20 years Anna has dedicated a significant fraction of her working time to teaching and outreach activities. Since 2010, she has represented Italy in the ESO Science Outreach Network.