Behind the scenes at ESO: Showing you the road to the stars
What you’ll discover in this blog post:
ESO designs, constructs and operates the most powerful ground-based telescopes in the world, which places significant demands on resources, including energy. ESO’s observatories are located in Chile’s isolated Atacama Desert, and in such a location, limiting the impact on the surroundings while ensuring effective and efficient observations can be extremely difficult. Christine Desbordes, Head of the Logistics and Facilities Management at Paranal Observatory, tell us more about the environmental challenges ESO faces and its impact-reduction policies.

Q: What are you responsible for here at Paranal?

A: I am currently the Head of Logistics and Facilities Management at Paranal Observatory. I lead the management of the Residencia, which is where astronomers sleep and eat when they observe here. I also oversee the fleet of 75 vehicles and the maintenance of the civil infrastructure, including the basecamp — it’s like operating a small town!

Q: Tell us a little about your background and how you joined ESO.

A: I was born in France in the mid-60s before being raised in West Africa, where I caught the globetrotting virus. As soon as I finished my studies, I left France to start an international career, first in the private sector and later in the public sector. From 2014 to 2016, I held a challenging post as the Head of Administration for both the Kenya and Somalia delegations based in Nairobi, the second biggest representation of the European Union. When my oldest daughter finished high school and went off to university in the United Kingdom, I felt it was time to do something else. An ESO position at Paranal was exactly what I was looking for: a challenging task in a quiet region of a beautiful country. 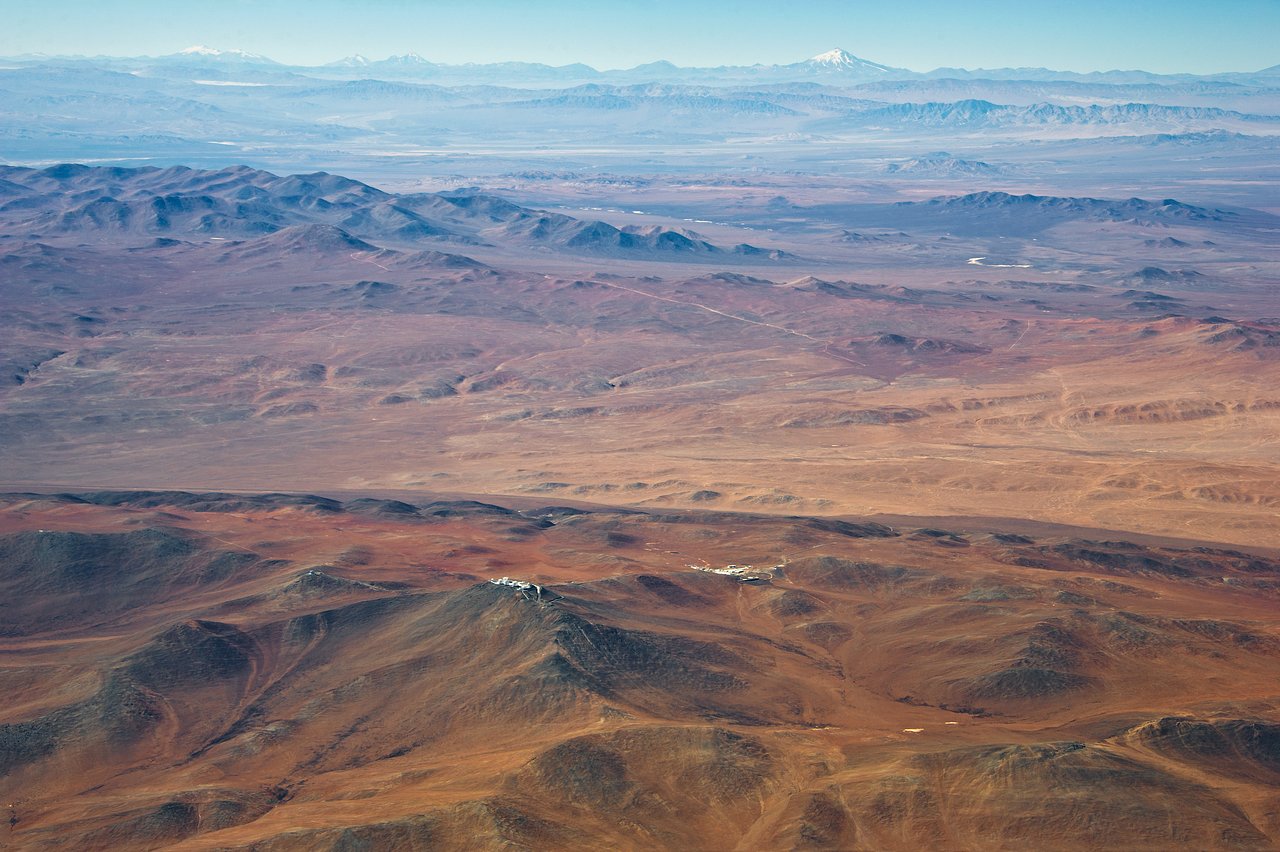 Paranal Observatory is situated in the vast Atacama Desert, far from other civilisation. In this image, the telescopes are in the foreground with the Residencia to their right.
Credit: ESO/M. Tarenghi
Paranal has always been wary of the impact of its presence in the Atacama Desert.

Q: Paranal sits in the hostile Atacama Desert, 130 km from the nearest city of Antofagasta, so keeping people fed and watered must take a lot of resources. How do you reduce ESO’s ecological footprint?

A: Indeed, as Paranal is so remote, food, water and other consumables have to either be produced on-site or trucked in from nearby cities. Paranal has always been wary of the impact of its presence in the Atacama Desert. Before my arrival in August 2016, a member of staff investigated the impact of the flights that bring people to the observatory. And the Maintenance, Software and Engineering Department had already started a recycling procedure for things like oil, batteries and pneumatics. But more certainly needed to be done; my department realised we had to contribute to the "three Rs" (reduce, reuse and recycle).

We started with small projects such as monitoring food waste, reducing plastic and increasing our use of biodegradable products — we have replaced plastic laundry bags with fabric bags and standard bulbs with LED bulbs. We also reduced the number of big shuttle buses to and from Antofagasta by designing a better rotation distribution during the weekdays. Furthermore, we now organise most of the weekend transfers with more energy efficient vehicles.

We also have plans for bigger projects which will take more time, for example we plan to install an osmosis plant in 2020 that will recycle up to one third of our waste water. This will avoid having to bring an additional water truck when we host the workers who will be assembling the Extremely Large Telescope in the near future. 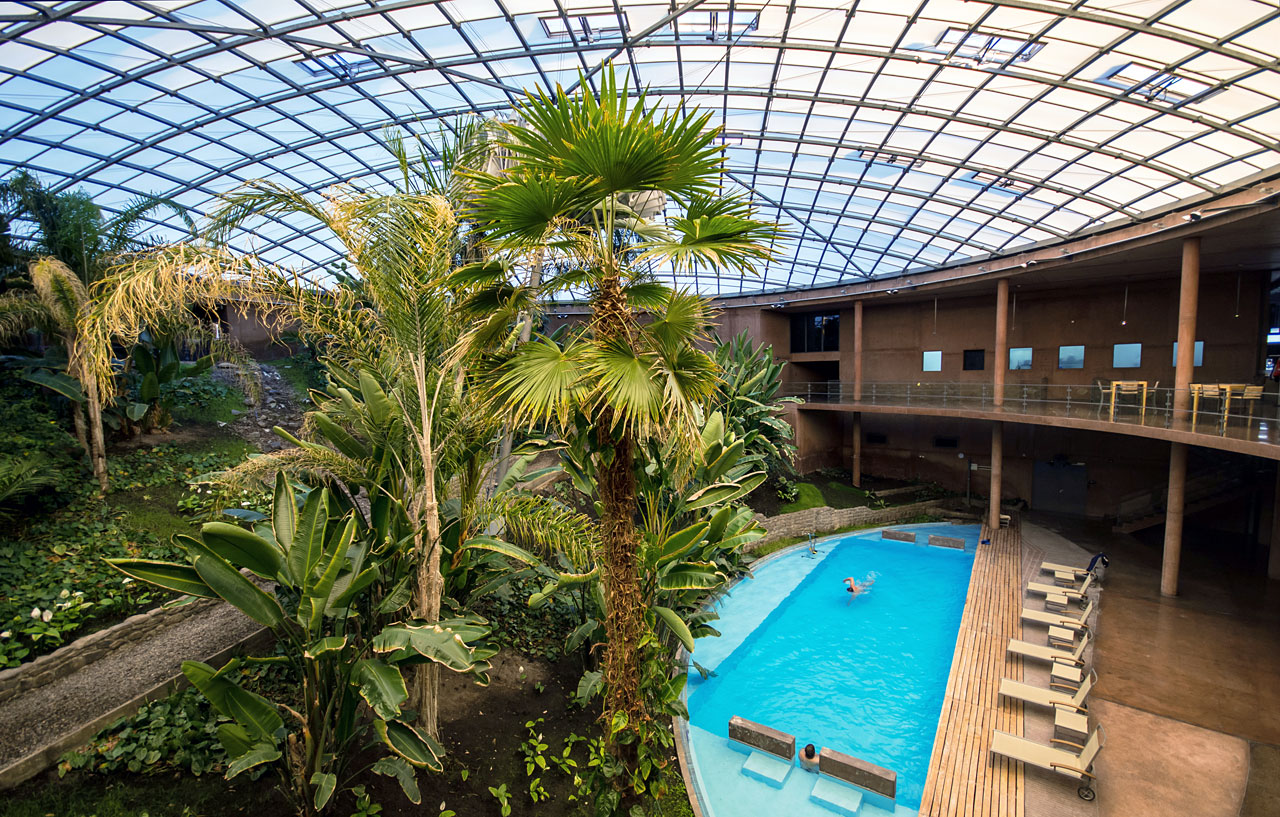 Q: The osmosis plant sounds intriguing — could you explain more about how it will work?

A: We will launch the concept study next year for the upgrade of the existing sewage treatment plant to include the osmosis technology which is the one most used in Chile. The purpose is to be able to recycle up to 30 cubic metres of waste water per day, which will be used in a separate circuit in the toilets and gardens.

Q: One of your initiatives was to reduce the number of plastic bottles used at Paranal. How did you approach the problem, and was it a success?

A: Indeed, we started with the most obvious problem which was not only a polluting factor but also a logistics challenge: in 2016, Paranal Observatory disposed of more than 120 000 plastic bottles. To reduce this number, we replaced the individual water bottles with reusable 10-litre and 20-litre containers and we give our staff and visitors individual reusable bottles to refill. We also replaced the individual fizzy drinks bottles by drinks distributors. In 2018, Paranal will dispose of fewer than 12 000 individual bottles — ten times fewer than we used in 2016 — and we will recycle all of these.

The process was definitely challenging! We had some logistical hiccups with the new suppliers and some resistance to the change on site, but in the end we have a simpler and more reliable water supply system. And I think the onsite staff have come round to the more eco-friendly system!

Q: Paranal was recently connected to the Chilean electrical grid, which works on mainly renewable energy. What does this mean for ESO and how has the change affected Paranal’s ecological footprint?

A: Before being connected to the grid, we created power using a gas turbine backed up by a generator which were both terrible for the environment. After being connected in December 2017, our ecological footprint has been considerably reduced as we don’t burn any fossil fuels. Additionally, the connection will allow us to further replace energy consuming items like the gas water boilers at the basecamp with solar-powered boilers and the petrol- and diesel-fueled vehicles with cars that run completely on electricity. 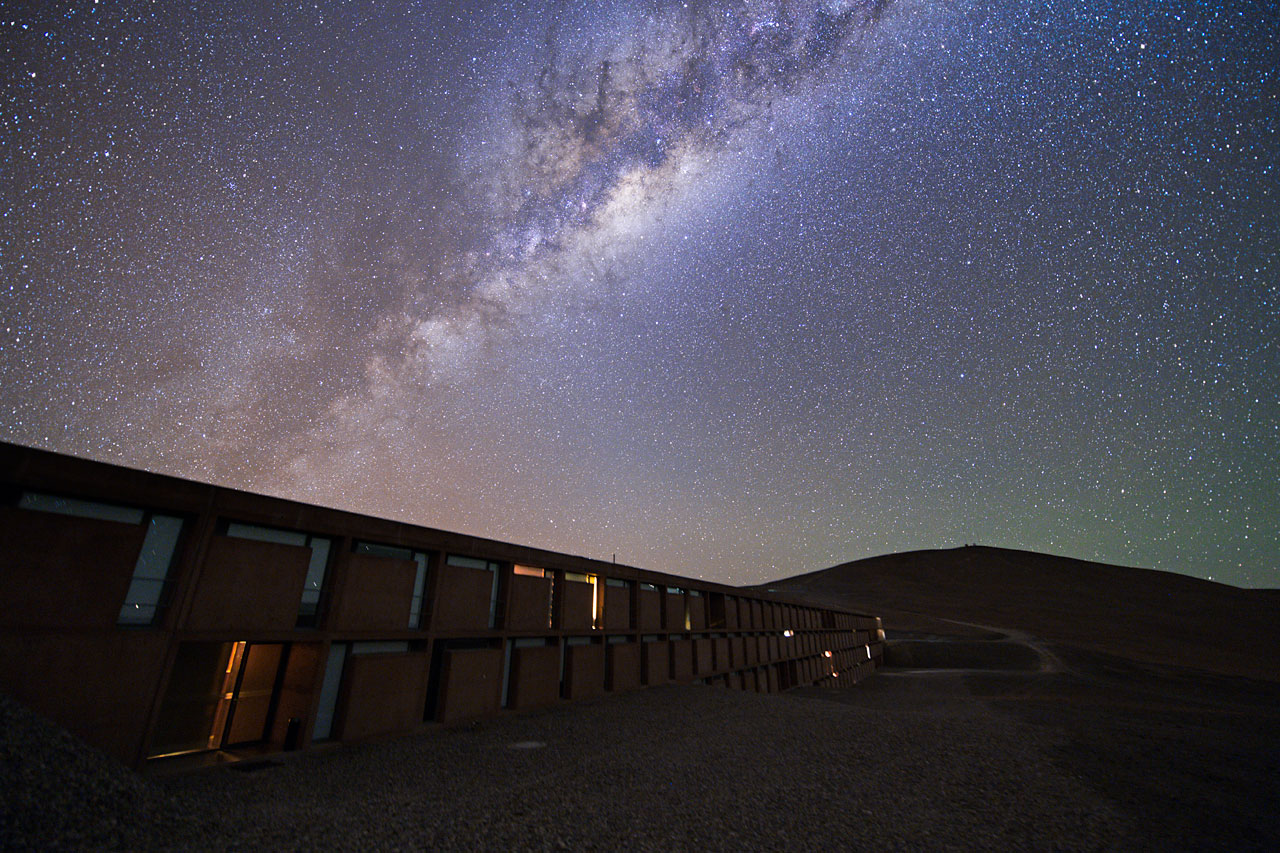 A hotel room with a view.
Credit: Y. Beletsky (LCO)/ESO
In the next 10–15 years up to 75% of the fleet could be electric sedans and small vans.

Q: Yes, we’ve actually heard that Paranal will receive its first electric cars this year! Will the whole fleet eventually be electric cars?

A: We estimate that, depending on the availability of funds, in the next 10–15 years up to 75% of the fleet could be electric sedans and small vans. Unfortunately, it will not be possible to only have electric cars; due to the nature of our activities, we need pick-ups and small trucks on site and, although Chile is promoting the industry, we will not have those specialised electric vehicles available anytime soon.

Q: How could ESO reduce its ecological footprint in future?

A: At the moment we are quite heavily restricted by the fact that the Chilean industry has not yet reached a particularly eco-friendly level, so we struggle to find companies who can help us. Hopefully this will change over the next few years!

Otherwise, the two biggest pollution factors are also the most challenging to tackle. One of these polluters is travel to bring astronomers and support staff to the observatory to carry out their work. Currently, the majority of Paranal observations are made without flying in visiting astronomers, but we are still responsible for more than 10 000 domestic flights per year! To reduce this number, we could look into reducing the number of shifts per year and/or limiting any increase in staff members.

The other big polluter is the transportation of water and waste, which involves two or three lorries per day. To reduce the impact of this, we could limit our own water use on site even more, and make more of our own water, for example with a desalination plant. We could also further reduce our waste, for example with an organic waste disposal system.

Even though those possible measures seem like extreme changes that would involve serious financial investment, we are trying our best to continue implementing reduction, recycling and reuse as much as we can at our observatories.

Christine Desbordes leads the Logistics and Facilities Management Department at ESO’s Paranal Observatory, orchestrating life in a small city in the isolated Atacama Desert. Before working at ESO, Christine was an official of the European Commission and European External Action Service.