Behind the scenes at ESO: Showing you the road to the stars
What you’ll discover in this blog post:
Streams of high-speed particles blow out from the centres of galaxies, including our Milky Way, in what is known as the “galactic wind”. Until now, we thought that this galactic wind was mostly made of very hot and diffuse gas with temperatures of millions of degrees. However, a team led by Enrico Di Teodoro of Johns Hopkins University in the USA and The Australian National University has recently detected very cold molecular gas outflowing from the centre of our galaxy for the first time. This surprising and unexplained new discovery could have important implications for the future of the Milky Way.

After discovering the warm component of the galactic wind, Di Teodoro’s team wanted to go further. "We had often wondered about the possibility of detecting cold molecular gas and the 2017 ESO-Australia agreement finally allowed us to access the unique ESO facilities, including APEX." says Di Teodoro.

APEX is the 12-metre Atacama Pathfinder Experiment (APEX) radio telescope that can observe during the day as well as the night. The team targeted two clouds of gas travelling out from the Galactic Centre — which both contain large quantities of hydrogen atoms — to see if they also contain outflowing cold gas. Using APEX, they searched for carbon monoxide, which is commonly found in cold molecular gas clouds. APEX is well suited to the task, thanks to its high sensitivity and ability to map relatively large regions of the sky.

"Our exploratory APEX observations actually surprised us, because we did not expect such a large amount of cold molecular gas" 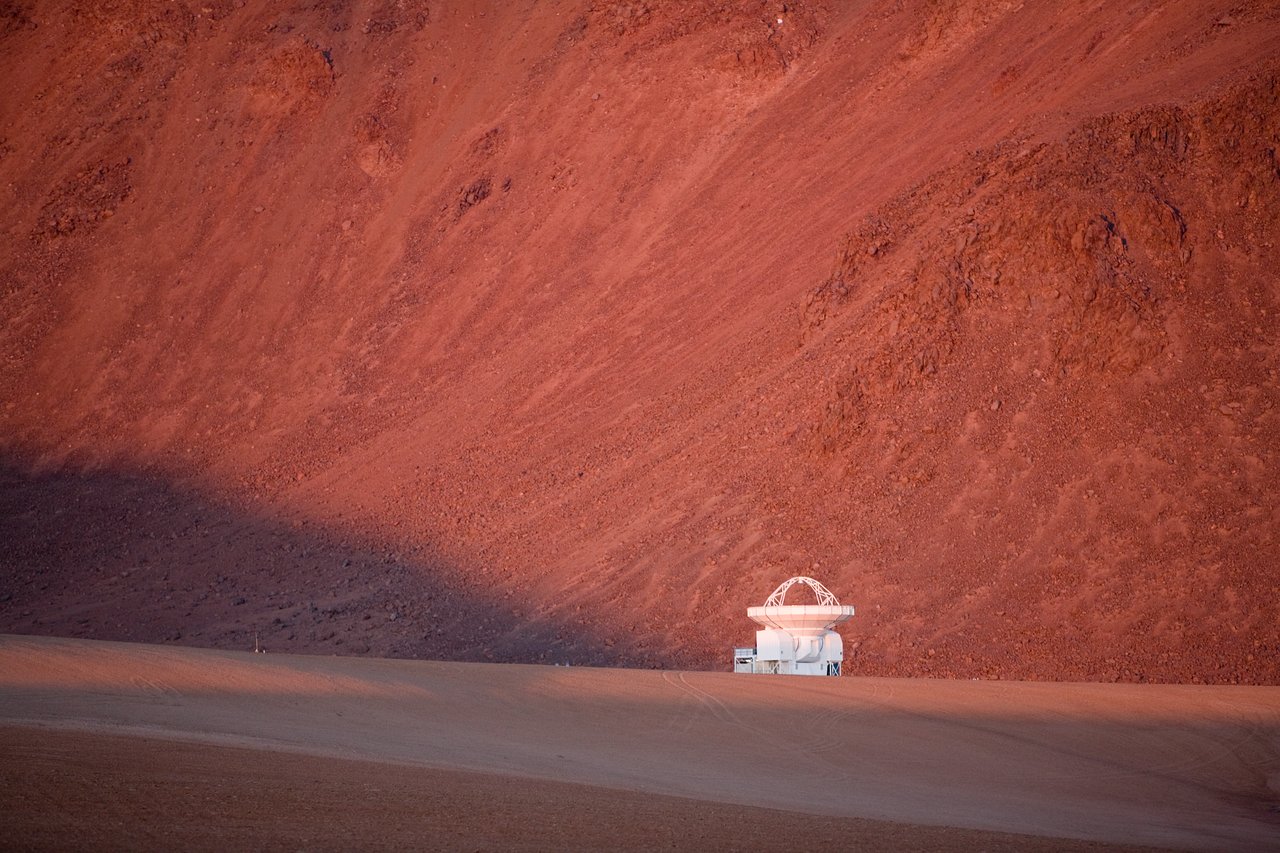 The team’s observations revealed carbon monoxide emission in both clouds, which intriguingly had very different properties between them. The further out cloud was moving faster and was more diffuse and more turbulent, suggesting that the cold gas was mixing with its surroundings more, perhaps because it has had more time to interact with them. Alternatively, the differences may be caused by local variations in the hot outflow between the locations of the two clouds.

"Our exploratory APEX observations actually surprised us, because we did not expect such a large amount of cold molecular gas, based on our current understanding of galactic winds," explains Di Teodoro.


"If the galactic wind gets stronger in the future, for example if the supermassive black hole increases its level of activity, then this could affect the entire galaxy"

"Stars are formed from the collapse of giant clouds of molecular gas, which is exactly the same kind of material that we are observing in the Milky Way's outflow. This means that our galaxy is expelling the best fuel to form new stars."

Di Teodoro continues, "If the galactic wind gets stronger in the future, for example if the supermassive black hole increases its level of activity, then this could affect the entire galaxy."

How such a large amount of cold gas could be moving at high speed in the galactic wind is puzzling. In the central regions of more active galaxies, cool gas can be accelerated by a very active supermassive black hole or when extraordinarily high numbers of stars form in a “starburst” and eject powerful stellar winds, but neither is the case for the Milky Way. Alternatively, fast-moving cool clouds may be formed when the fast-moving hot wind mixes with slow-moving, cool clouds that are not part of the wind.

The APEX telescope, in which ESO is a partner, studies how stars form in our galaxy by observing cold and dusty clouds of molecular gas. By building databases of these large “stellar nurseries”, we can understand how and under what conditions star formation takes place, as well as the large-scale structure of the galaxy. APEX’s location 5100 metres above sea level on the Chajnantor plateau in the dry Atacama Desert in northern Chile provides a unique window to study the Universe in submillimetre light.

This first detection of outflowing cold molecular gas from the centre of the Milky Way challenges our current theories of how galactic winds form and affect the future evolution of our galaxy. More observations of a larger number of molecular gas clouds are needed to provide a more complete picture of their origin.

Emma Foxell is the former ESO blog editor, and a former science communication intern at ESO. Before this, she completed her PhD at the University of Warwick (UK) in the field of exoplanets and transit surveys, focusing on red dwarfs.