The Cat’s Paw and Lobster Nebulae 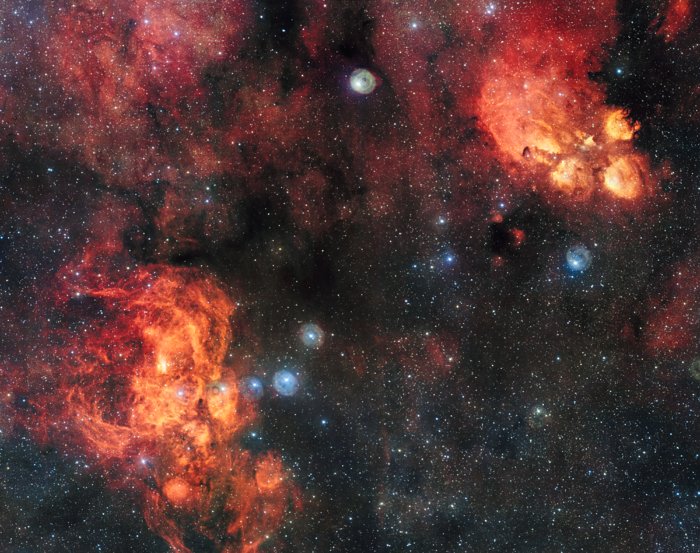 This spectacular image from the VLT Survey Telescope shows the Cat’s Paw Nebula (NGC 6334, upper right) and the Lobster Nebula (NGC 6357, lower left). These dramatic objects are regions of active star formation where the hot young stars are causing the surrounding hydrogen gas to glow red. The very rich field of view also includes dark clouds of dust. With around two billion pixels this is one of the largest images ever released by ESO. A zoomable version of this giant image is available here.

Note that the circular features in the image around bright stars are not real, they are due to reflections within the optics of the telescope and camera.