Perched on the mountain top 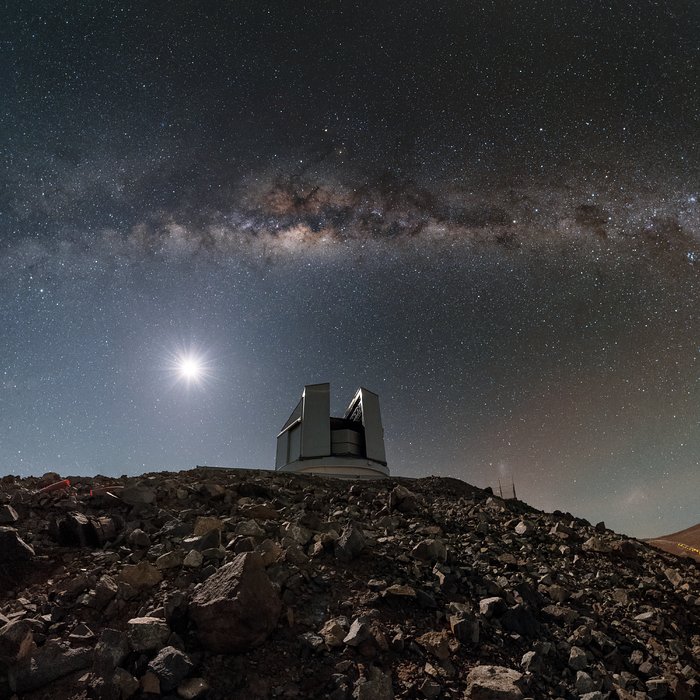 ESO’s astronomical facilities in Chile are hives of activity — or oases! — in the otherwise barren and arid landscape of the Atacama Desert. This hostile and hard-to-reach location may seem like an odd choice for construction, but the Atacama is one of the best sites in the world for astronomy. It has practically no cloud cover, a distinct lack of light pollution, and is the driest non-polar location in the world, receiving under two centimetres of rainfall every year!

Chile has hosted ESO’s telescopes since the 1960s, in observatories based at La Silla, Paranal, and Chajnantor Plateau. Shown here is the Visible and Infrared Survey Telescope for Astronomy (VISTA), situated at the Paranal Observatory.

Perched atop a mountain adjacent to Cerro Paranal, the home of the flagship Very Large Telescope (VLT), VISTA is the largest telescope in the world designed to survey the sky in near-infrared light (just beyond that visible to humans). The spectacular sights of the cosmos — including the notable streak of our home galaxy, the Milky Way, stretching across the top of the frame here — are more than enough to keep VISTA and its telescopic siblings busy.