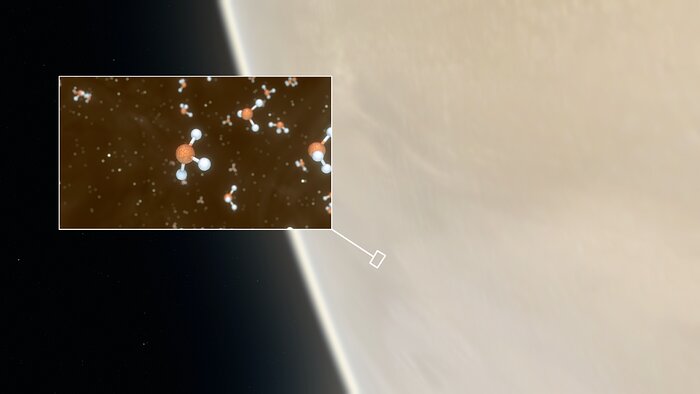 This artistic impression depicts our Solar System neighbour Venus, where scientists have confirmed the detection of phosphine molecules, a representation of which is shown in the inset. The molecules were detected in the Venusian high clouds in data from the James Clerk Maxwell Telescope and the Atacama Large Millimeter/submillimeter Array, in which ESO is a partner.

Astronomers have speculated for decades that life could exist in Venus’s high clouds. The detection of phosphine could point to such extra-terrestrial “aerial” life.