The galaxy NGC 4993 in the constellation of Hydra 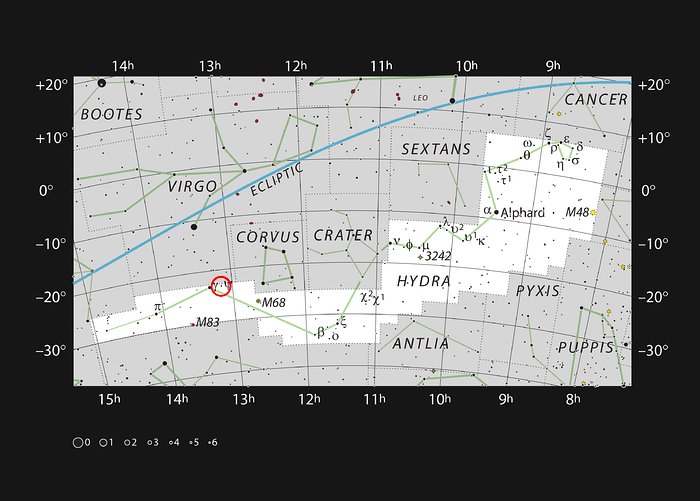 This chart shows the sprawling constellation of Hydra (The Female Sea Serpent), the largest and longest constellation in the sky. Most stars visible to the naked eye on a clear dark night are shown. The red circle marks the position of the galaxy NGC 4993, which became famous in August 2017 as the site of the first gravitational wave source that was also identified in light visible light as the kilonova GW170817. NGC 4993 can be seen as a very faint patch with a larger amateur telescope.