MUSE goes beyond Hubble in the Hubble Deep Field South 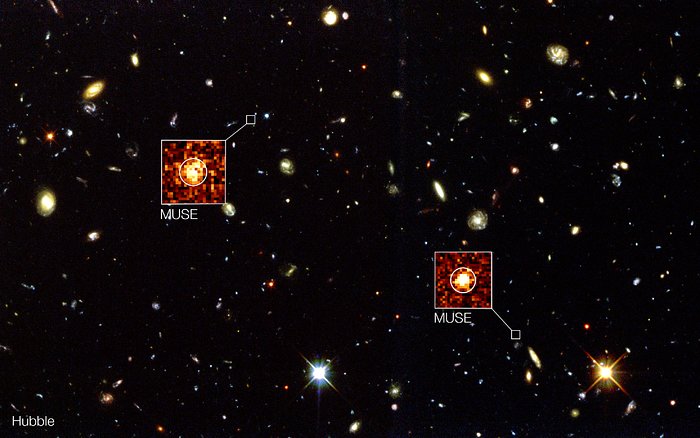 The background image in this composite shows the NASA/ESA Hubble Space Telescope image of the region known as the Hubble Deep Field South. New observations using the MUSE instrument on ESO's Very Large Telescope have detected remote galaxies that are not visible to Hubble. Two examples are highlighted in this composite view. These objects are completely invisible in the Hubble picture but show up strongly in the appropriate parts of the three-dimensional MUSE data.