We have recently uncovered a bug in the delivery software that started to be in use as of February 2020, which led to the possibility that the incorrect copy of 561 files have been downloaded. Please check here. 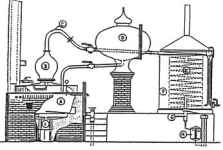 ESO/MVM (or "alambic") is an end-to-end, high-throughput image reduction system, originally developed by Benoit Vandame at the Nice Observatory for a project based on Multi-resolution Vision Model (MVM), then as part of the ESO Imaging Survey (EIS) project, and finally it was taken over by the Virtual Observatory Systems department for the processing of targeted archival data, with the aim of enhancing the legacy value of the ESO archive. ESO/MVM allows seamless processing of optical and near-IR data (e.g. WFI, VIMOS, FORS2, ISAAC, SOFI, HAWKI). It was developed over 10 years, it incudes 171,000 lines of code and was the engine at the core of the EIS data processing and other ESO public surveys, such as GOODS/ISAAC. The software package released here replaces a previous and now obsolete public version of MVM (v1.0.1). The latest stable version (v1.3.5) includes significant algorithmic improvements, bug fixes, new configuration files extending its application to more ESO instruments. The software is maintained only on a best-effort basis.

This release is divided into the following two packages.

This tarball contains the MVM source code, XML configuration files for the ESO instruments FORS2, HAWKI, ISAAC, SOFI, VIMOS and WFI, an INSTALL file explaining the building and installation of the software, and a documentation of the development history of the code (so-called change log). It also includes basic documentation files, a v 1.0.1 user manual (partly out of date) and an up to date parameter description (v1.3.5).

This is a Python/Gtk-based graphical user interface developed by Charles Rité which helps to create, change and manage MVM's XML configuration files in a user-friendly manner. It includes the online-documentation of the (at least for the novice user) overwhelming set of MVM configuration parameters in a re-organised and more readable structure than the XML file format. Being an add-on it is not strictly required to use MVM. System requirements are Python 2.4.2 or higher, GTK+ 2.4.13-14 or higher, Pango 1.6.0-9 and PyGTK (see the included INSTALL file for detailed dependencies and installation instructions).

For the full documentation of the algorithmic structure implemented in ESO/MVM, please refer to Vandame, PhD thesis, Nice University, 2004 which serves as reference documentation and describes in detail the implemented algorithms, parameter settings, instrument specific configurations and sample applications and can be downloaded in gzipped postscript format here (77.3 MB).

New: Step-by-step instructions which guide through the process of VLT/ISAAC image data reduction

This new version of ESO/MVM has been used intensively in the production of Advanced Data Products, see for instance the 30 Doradus/WFI Data Release, or the GOODS/ISAAC Final Data Release. The old version was used for all the EIS products, such as Pre-Flames, DPS, GOODS and XMM.
Important: The development of ESO/MVM has been discontinued at the end of 2006. The software comes ``as is'' without user support or bug fix support provided by ESO. However, at the request of the community, a great effort has been made to release an up to date package, which is a significant improvement over v1.0.1 (Feb 2004).

Please make your selection on the page linked to below.

This release follows the same conditions as specified for the previous versions of this software (see the file called README.old in the tarball), in particular: Users of this software accept the following conditions: The code in its present form is the property of ESO and as such follows the regulations described in the ESO Software Policy document of March 7, 2003 (GEN-POL-ESO-00000-3011 V1.0). ESO/MVM is a copyright-protected software product of the European Southern Observatory for image processing. It is available under the GNU General Public License as published by the Free Software Foundation.
Users of this package are kindly requested to acknowledge the European Southern Observatory for the use of the software in any publication or presentation of results prepared using this package.