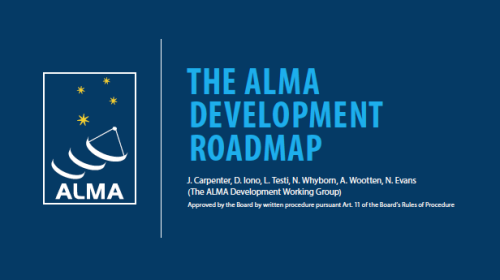 ALMA is approaching completion of its originally envisaged capabilities and, within the first five years of operations, the original fundamental science goals of ALMA have been essentially achieved. The ALMA Board established a Working Group to develop a strategic vision and prioritize new capabilities for the Observatory out to 2030 as part of the ALMA Development Program. The ALMA Board approved the resulting ALMA Development Roadmap in November 2017.

The following document is a summary of the Roadmap, approved by the Board in June 2018 for broad distribution.

The Working Group proposes the following fundamental science drivers for ALMA developments over the next decade:

Based on these 3 science drivers and the technical feasibilities, according to the vision in the Board-approved Roadmap, the current development priorities are:

The Board acknowledges that there are other potential development areas for the future for which the science cases and technical feasibility need to be further demonstrated.