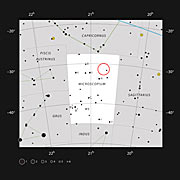 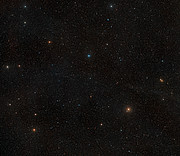 PR Video eso1538b
Zooming in on the nearby star AU Microscopii

PR Video eso1538c
Mysterious ripples moving through the disc of AU Microscopii
Send us your comments!
Subscribe to receive news from ESO in your language
Accelerated by CDN77
Terms & Conditions