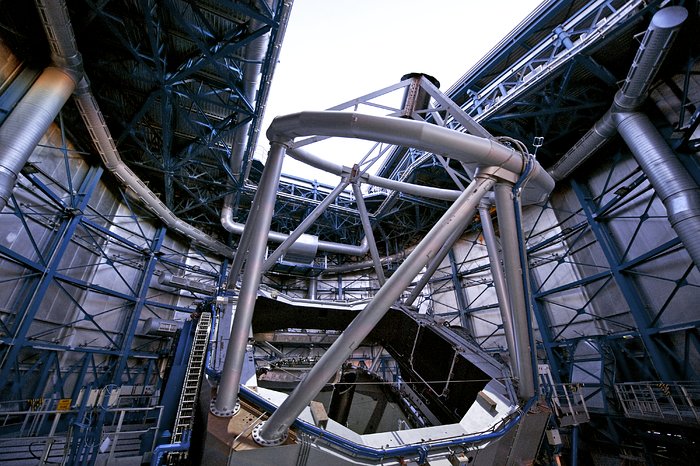 The fourth of the ESO Very Large Telescope 8.2-metre Unit Telescopes (UTs) during the start-up procedures before sunset. The UTs are identical in design and housed in compact, thermally controlled buildings, which rotate synchronously with the telescopes. In the picture, the door is already open and the telescope is about to be left in the stand-by position, ready to start observations. Each UT works with two or three highly specialised instruments and was given a name from the Mapuche language. UT4 is Yepun, which means Venus. Located in the Atacama Desert of Chile, at an altitude of 2600 metres above sea level, the VLT is the world’s most advanced optical instrument, consisting of four 8.2-metre UTs and four movable 1.8-metre diameter Auxiliary Telescopes (ATs).