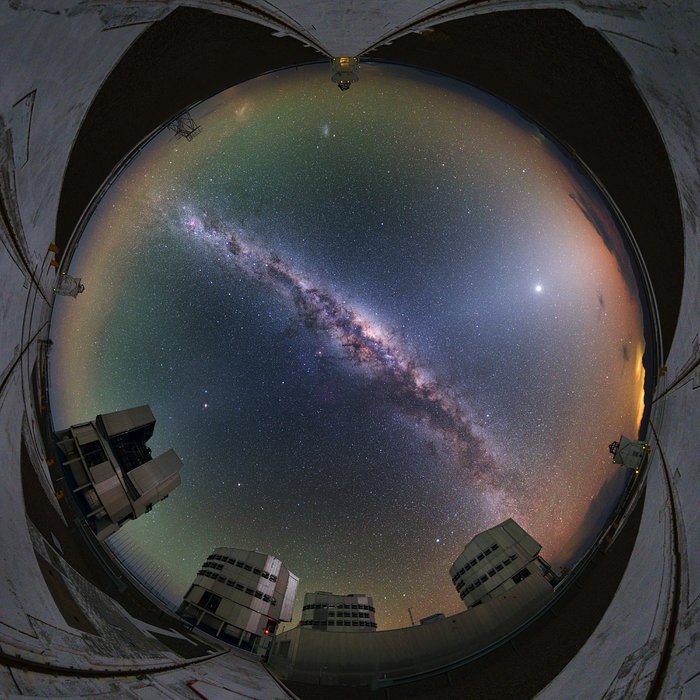 This ultra HD photograph taken during the ESO Ultra HD Expedition captures ESO's Paranal Observatory in this 360 degree fish-eye (fulldome) view. The swirling Milky Way can be seen at its centre. The four 8.2m Unit Telescopes (UTs) — Antu, Kueyen, Melipal and Yepun — can be seen below, along with the four movable 1.8m diameter Auxiliary Telescopes (ATs), making up the Very Large Telescope (VLT). The telescopes can work together, to form a giant ‘interferometer’, the ESO Very Large Telescope Interferometer, allowing astronomers to see details up to 25 times finer than with the individual telescopes.