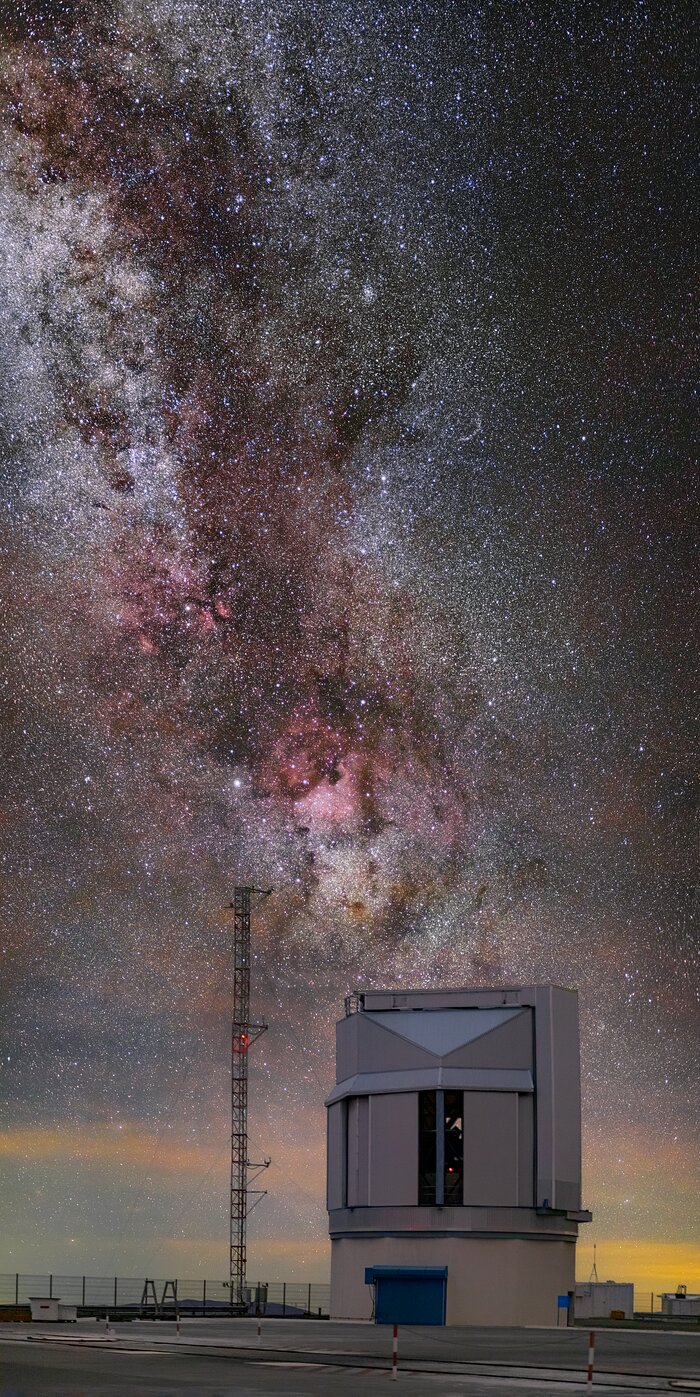 Like a silent sentinel, ESO’s VLT Survey Telescope (VST) stands under the scattered stars of the Milky Way in this ethereal Picture of the Week.

The VST, which recently celebrated its 10th birthday, is located at ESO’s Paranal Observatory along with its namesake, the Very Large Telescope (VLT). However, the VST serves a very different purpose to the VLT. Rather than scrutinising small patches of the sky in great detail, it constantly scans much wider areas of the sky, mapping and cataloging celestial sources ranging from nearby stars to distant galaxies.

ESO’s Paranal Observatory, in Chile’s Atacama Desert, is an ideal location to carry out ground-based astronomy. It boasts over 300 clear nights per year and its remote location, far from light pollution, gives rise to skies that are dark enough to see the Milky Way in the stunning detail captured in this image.