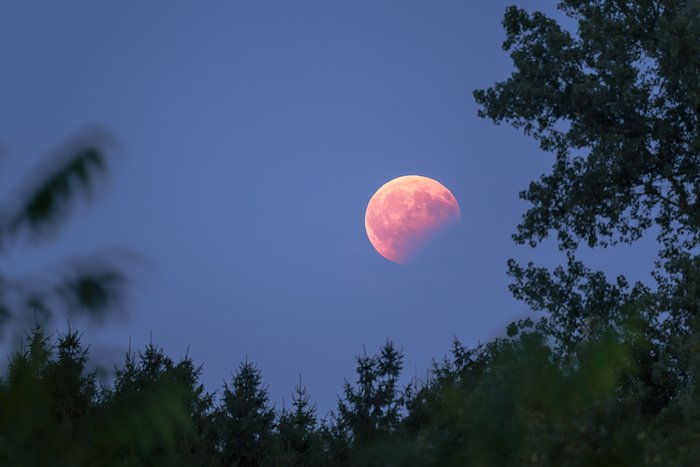 This image was taken by ESO Photo Ambassador Petr Horálek, and shows a partial lunar eclipse near its peak, as visible from the roof of the ESO Headquarters in Garching, Germany on 7 August 2017.

The entire Moon is turned red by its light scattering through the Earth’s atmosphere. Meanwhile, the bottom right part of the full Moon blends into the sky having entered the umbra of the Earth’s shadow.