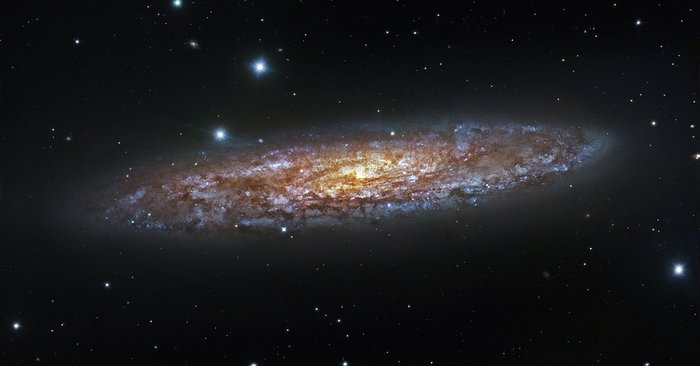 NGC 253, also known as the Sculptor Galaxy, is the brightest of the Sculptor Group of galaxies, found in the constellation of the same name, and lying approximately 13 million light-years from Earth. The Sculptor Galaxy is known as a starburst galaxy for its current high rate of star formation, one result of which is its superwind, a stream energetic material spewing out from the centre of the galaxy out into space. The purple light comes from that frenzy of star formation, which originally began 30 million years ago, while the yellowish colour is created by dust lit up by young, massive stars.

This image combines observations performed through three different filters (B, V, R) with the 1.5-metre Danish telescope at the ESO La Silla Observatory in Chile.