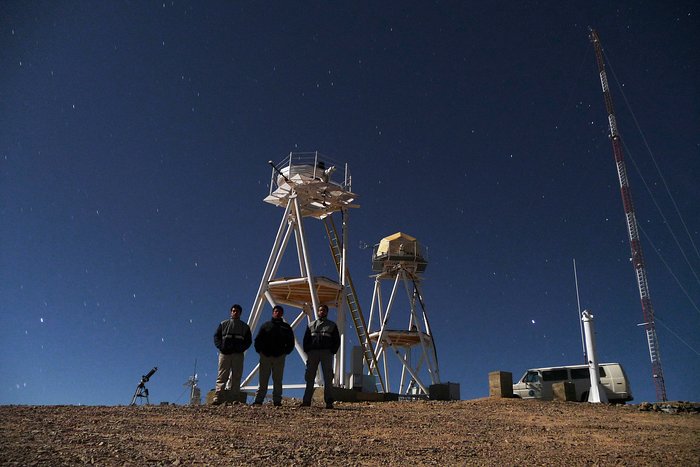 The Extremely Large Telescope (ELT) programme office has studied half a dozen potential sites for the future ELT observatory, which, with its 40-metre-class diameter, will be the world’s biggest eye on the sky.

The above image shows the First Light of the new ESO Astronomical Site Monitor at Cerro Armazones in October 2009, and part of the team who made the measurements. The new ESO MASS-DIMM tower is in the right, the one used by the Thirty-Meter Telescope (TMT) project is on the left. Armazones is a site located in Chile, not very far from the ESO Paranal Observatory, home to the flagship Very Large Telescope. On the ELT Site Selection Advisory Committee's final short list for the recommended site, Armazones is also the committee’s preferred site, because it has the best balance of sky quality across all aspects and can be operated in an integrated fashion with the existing Paranal Observatory.