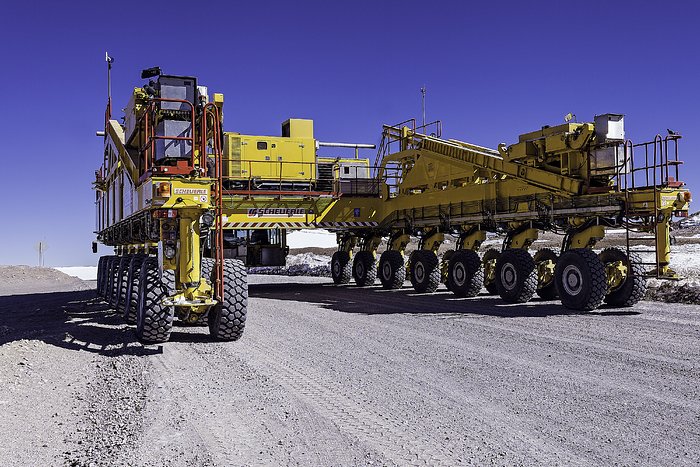 Pictured here is one of the two ALMA Transporters, named Otto, which are responsible for carrying the ALMA antennas up to the Chajnantor Plateau, a site some 5000 metres above sea level in northern Chile. Otto can be seen in action in this video.

The ALMA transporters are such an integral part of the ALMA facility that they can almost be considered as part of the telescope. Without the two vehicles, the construction, operation, and maintenance of the array would not be possible.